MOSCOW, December 21. The Minister of communications and mass communications of the RF Nikolay Nikiforov counts on closed trades between the “Mail of Russia” and VTB group on the creation of “Post Bank” by the end of this year. He said this to journalists on the sidelines of the Russian forum “the Internet economy”. 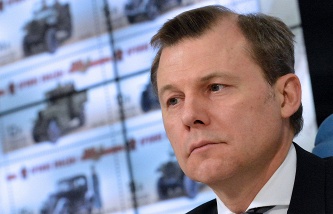 “Mail of Russia” is considering creating e-Commerce platform for export

“There are some negotiation moments. We will do everything possible for the deal to be closed this year. I hope that in the first days of January, we will be able to hold the first meeting of the new Supervisory Board of the Bank”, – said Nikiforov.

According to the Minister, while the Supervisory Board of “Post Bank” is not formed, since the deal is not finalized. He noted that it is unlikely to include other officials, except the Nikiforov.

With regard to the possible occurrence in the Supervisory Board, the General Director of “mail of Russia” Dmitry Strashnov, Minister told that he did not know whether the postal operator to bring his candidate, however, according to Nikiforov, it would be correct.

Post Bank will be created on the basis of “Mail of Russia” and affiliated structure VTB “Summer-Bank”, as it was officially announced on 7 September. According to the plans, customers of a credit organization will be about 20 million people, half of whom are pensioners.

The year without a loss

Nikiforov also noted that the payment of “mail of Russia” VTB group for a share in “Summer Bank” in the framework of creation of “Post Bank” will not lead to the entity’s net loss by the end of 2015. 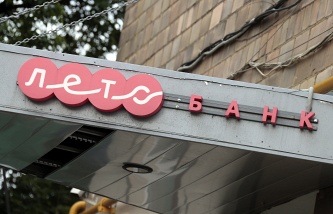 “Definitely not,” said he, answering the relevant question.

According to the Minister, the assessment of “Summer Bank” has been completed. However, the exact amount you will need to pay the “Mail of Russia” for 50% minus one share in the Bank, Nikiforov did not specify.

Net profit “mail of Russia” according to Russian accounting standards (RAS) for 9 months of 2015 increased 3.2 times compared with the same period of 2014 and reached to 2.74 billion rubles.

Post Bank will be created on the basis of “Mail of Russia” and affiliated structure VTB “Summer-Bank”, as it was officially announced on 7 September. According to the plans, customers of a credit organization will be about 20 million people, half of whom are pensioners.