Proposals for the formation program is divided into several areas. Each area contains suggestions for the implementation of concrete actions with deadlines and responsible parties. 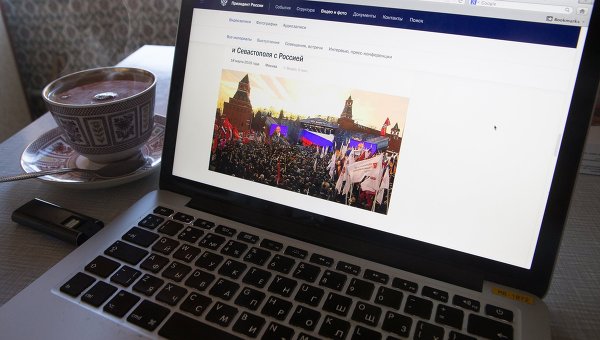 MOSCOW, 21 Dec. Representatives of the Internet sector on Monday gathered at the first forum, “the Internet economy” to discuss the direction of the program’s long-term development of the Internet and related sectors of the economy, prepared by the Institute of development Internet (IRI) on behalf of the President of the Russian Federation.

First Deputy head of the presidential administration Vyacheslav Volodin, speaking at the forum, said that after discussing the proposal of the industry will be presented to the President.

“It would be right for the forum participants and industry representatives expressed their point of view on all the key elements of the “road map” of development of the Internet. These items we will bring to the President”, — said Volodin.

The Minister Nikolai Nikiforov, in turn, noted that the authorities should help the growth of the Internet economy. “It is important that the legislative and Executive authorities of the Russian Federation has done everything necessary for the industries related to the Internet economy, so they continued to be a crucial point of growth, despite the economic turbulence. You need to make every effort this growth continued and even accelerated,” he said.

Volodin also said that “road maps” programme of Internet development need to focus on the development of services and new services, which will encourage the Internet literacy of the population.

Direction of the program

So, for example, by 2020 it is proposed to include computers of employees in all municipalities of the country on domestic software (SW). The Ministry of communications and the Ministry of Finance should prepare amendments to the legislation. In January 2017 you must be running pilot projects.

In addition, IRI offers by the end of 2016 to realize the potential of providing state and municipal services on any site that is authenticated using the unified public services portal (UPSP), it is proposed to establish a single electronic profile of the citizen through the integration of information from various databases.

In addition, it is proposed that by July 2016 to form the interdepartmental Commission on the issues of extrajudicial enforcement of access restriction to sites with illegal content.

By March 2018, it is proposed to create a single public cloud storage certification and qualification works of students for the diploma of education, where any citizen of Russia can obtain access to read the full text of the attestation of any citizen of the Russian Federation.

In addition, experts of Iran’s offer to legalize the sale of OTC medicines via the Internet. The Ministry of health for this purpose have until September 2016 to establish requirements for legal entities engaged in such trade. By September 2016 it is proposed to introduce legislation on licensing of medical activities, the status of “private practice physician”, and by September 2017 — ensure the creation of integrated electronic patient records, which will have access informsistema medical and pharmaceutical organizations.

Also Iran offers to return to the media advertising of alcohol and prescription drugs, as well as to consolidate the efforts of industry participants to reduce the availability of pirated content.

In addition, the proposed amendments to the legislation abolishing the requirement to print a paper receipt for transactions with Bank cards.

Blockchain — bitcoin not only

According to the project, by January 2017, the agencies proposed to develop a legislative framework for regulating blockchain technologies (bitcoin wallet database, which stores information of all transactions of a cryptocurrency).

Previously the payment system Qiwi has announced plans in 2016 to start issuing the first in Russia virtual currency — bigtrouble, on the basis of technology, on which bitcoin was created. The Central Bank in September created a special working group to study the technology of the blockchain, but the head of the financial regulator Elvira Nabiullina declared that the regulator sees risks in the use of cryptocurrencies, in particular, carrying out of doubtful operations.

Money surrogates in the Russian Federation is prohibited by law, but the Central Bank is ready to examine and consider the use of cryptocurrency in payment systems, data storage, recognizing their “usefulness”.

The Minister, however, believes that the blockchain technology can be used not only for cryptocurrency but for other tasks of the state and the economy.

“The technology of the blockchain as a new subspecies of the technology, very interesting, because it can be used in many areas — not necessarily in the field of cryptocurrency. In General we need to see how the interests of the state from the point of view of protection of certain aspects of this technology can be used,” Nikiforov said on Monday.

The representatives of the sectoral regulators also talked about the implementation of already adopted laws regulating the Internet industry.

Nikiforov expressed confidence that effective from 1 January the law on the “right to oblivion”, which caused a lot of complaints from industry representatives, would not entail dramatic consequences for search engines.

“I don’t know of any example where the enforcement of such laws would lead to dramatic consequences. I am sure that here will be peaceful,” he said. The controversy surrounding this law is dramatized, the Minister said. “I think it’s a little dramatized… Any such legislative novelty is perceived by the industry is initially in a very negative way,” said the Minister.

The head of Roskomnadzor Alexander Zharov said that in 2016 waits for the lock of the largest Russian torrent-trackers in anti-piracy act.

“Fifteen torrent trackers the most popular efforts of right holders included in the list of pending lock. Roskomvod fighting for them, have filed appeals… My prediction is that in 2016 the majority of these resources will be blocked”, — said Zharov.

The Minister also said that the expert Council under the Ministry, immediately after the Christmas holidays will form a registry of domestic SOFTWARE, which will be given priority in public procurement.

This year we passed the law and the government decree on granting preferences to Russian software developers in state purchases. These documents provide for the establishment of a register. The customers will need, first of all, choose for purchasing software from the registry, the procurement of foreign software needs to be justified.

According to the Minister, today to be included in the registry prepared more than 100 software products. He noted that Federal authorities in the year of spend for IT products and services is about 80 billion roubles, and would be appropriate if most of these funds will be spent on domestic products.

Further, according to the Minister, the requirements FOR domestic procurement need to be strengthened, to include state-owned companies. “Need this be extended to state-owned companies because their budgets are more of the budgets of state agencies, and will need to gradually due to filling of the register of local products to enter a little more rigid norms of regulation – simply put, tighten the screws gradually and in a year or two – so that we without any collapse, and cataclysms were going to the preferential use of Russian”, — said the Minister.