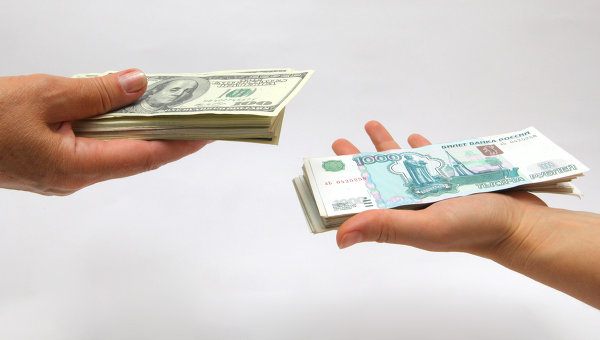 MOSCOW, 21 Dec. Dmitry Mayorov. The ruble against the dollar and the Euro slightly decreased in the evening, reacting to the release of the cost of a barrel of oil to $ 36 for Brent oil.

The beginning of the tax period supports the Russian currency, the ruble, the price of black gold renews multi-year lows, being fixed lower than 2.6 thousand rubles per barrel of Brent.

The ruble against the dollar and the Euro during the session on Monday traded in the red. The main pressure came from the oil market, falling to 11-year lows – below the level of 36,2 USD per barrel of Brent.

In addition, investors continue to react to the US Federal reserve’s decision on the first since 2006 the increase in the base rate. This decision pushed the U.S. currency to rise, which negatively affected the dynamics of commodity prices.

Negative sentiment was supported by other external signals. The European Union finally confirmed the extension of existing economic sanctions against Russia until July 31, 2016. However, this event was expected and did not have a significant pressure on the rouble, dealers say.

The beginning of December of the tax period supported the ruble. As a result, the price of a barrel of Brent has updated the multi-year lows – below 2,6 thousand rubles.

Against this background, the dollar and the Euro grew in the range of 0.4.

The ruble remains under the influence of oil prices, says Irina Rogova of the Forex Club group of companies.

“If the pair EUR/USD will overcome the resistance 71,40, it will be possible to expect its further growth in the area is 73. But, if oil prices will find a bottom and begin the correction to the mark 39,40 dollars per barrel, the dollar could quickly return to the level 69.3 ruble,” she said.

Rate hikes in the U.S. will have a minimal effect on the Russian economy due to its low debt burden, as well as the sanctions that partly promote self-dynamics of the ruble, says Ivan Kopeikin from “BCS Express”.

“The overall picture for the ruble remains moderately negative. Therefore, a local correction of the pair down USD/RUB is best use for regular careful of its purchases”, — he added.

However, the fall in oil prices will break suddenly, says Mikhail Krylov from the IR “Golden Hills — Kapital AM”. No matter what will give a reason for this, it will increase the tension in the middle East or bankruptcy oil companies, he said.

“Then the real price shock is no longer a gradual decline, but a sharp jump in fuel prices,” — said Krylov.