MOSCOW, December 21. /Corr. Ekaterina Kazachenko/. Forum “Internet Economy 2015” on Monday begins its work in Moscow. The main theme of the forum will discuss initiatives and proposals of the Institute of development Internet (IRI), prepared pursuant to the instructions of the President of Russia Vladimir Putin on the formation of long-term development program of the Russian part of the Internet and related industries. The forum will be attended by Russian ministries and agencies, major tech companies and industry organizations, including the Ministry of communications, Ministry of economic development, Ministry of industry, Ministry of education and science and the Ministry of health, as well as “Yandex”, “Kaspersky Lab”, Rambler&Co, etc. unlike other conferences and forums, the result of this project will be the development of common approaches (and documents in the format of “road maps”) to develop many sectors at the expense of their connectedness and the entire economy of the country as a whole.

The role of the Internet for the state and the economy

On the first day of the forum will be held 8 roundtables on various areas of the economy that are closely related to the Internet: e-Commerce, medicine, Finance, media industry, as well as round tables on the theme of “Internet + Society”, “Internet + City”, “online + Education” and “it + Sovereignty”. “The program of development of a network “the Internet” is the basis of the concept on which the idea to create 8 directions, it also formed the basis of the term “Internet +”, which is associated with the Internet economy where computerization can lead to significant growth of economic indicators”, – said the Director of the Russian Association for electronic communications (RAEC) Sergey Plugotarenko. “For each area will be formed a number of proposals and initiatives that will need to work out later in the form of road maps”, he added. According to him, the roadmap will be concrete steps for implementation of the program. 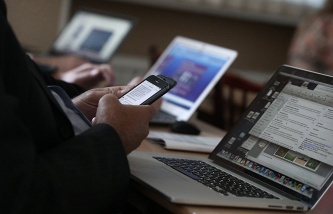 Forum “Internet Economy 2015” is a new level that opens the industry to communicate with government and related industries, explained Plugotarenko the significance of the event. “We want to discuss how the Internet can help these industries to grow faster, more powerful, to overcome the crisis and bring a greater contribution to the economy of the country,” he said. “We hope that this forum will become a permanent venue where the representatives of the offline and online business will be to discuss problems, to find ways of integration, synergy business,” said, in turn, the Chairman of the Duma Committee on information policy, information technologies and communications Leonid Levin. In his opinion, the forum should not become “a platform for lobbying of interests of business” because it will be presented and the interests of ordinary citizens, including through participation in the forum ROCIT (Regional community center Internet technology).

The Development Of “Internet +”

The forum will host the exhibition “Internet +”, which will call together the major players in the market, which demonstrates a promising model of development of related industries, as well as solutions and services, created with the help of the Internet. Visitors of the exhibition will be presented as brand new services and solutions, and already familiar projects that are proven among a large number of users and is actively developing at the moment.

“In General, there are two major problems that permeate most spheres is a digital signature different levels of complexity and open data”, – said the Chairman of the Council of Iran Herman Klimenko. At a press conference on the topic of the forum, he noted the need for the development of remote services in the field of Finance, including through legislative organization of the use of digital signatures. According to him, currently the Russian startups in the financial sector are currently experiencing difficulties related to the lack of a unified system for remote authorization. He also emphasized the relevance of issues of import substitution, in particular in the areas of software and operating systems for government agencies, which will be dedicated to the table “it + Sovereignty”.

The use of the Internet in medicine can significantly improve the accessibility of services, and currently this issue is linked to health care reform, reported the Director of the Foundation for Internet development initiatives (FRIA) Kirill Varlamov. According to him, the market is “very sensitive”, and you can’t take any bills in the medical field without a thorough discussion. He also noted the importance of the Internet of things and open data, the impact of which on the economy and people’s lives will be discussed at the round table “Internet + City”.

At the round table on e-Commerce the participants addressed the issues of creating Russian Internet companies with equal conditions in comparison with foreign for the sale of their products for export, said Plugotarenko. According to him, to create equal conditions it is necessary to adjust legislation in terms of customs duties, tax credits and payment of goods. Putin in his address to the Federal Assembly proposed to supervise government project office for the creation of large Russian private grounds in the sphere of electronic Commerce for the supply of national goods around the world.

One of the key areas on the forum, according to Levin, will be a round table “Internet + Society”, which will be devoted to the development of the Internet infrastructure, the formation of a digital society, information security and government services via the Internet. Round table “Internet + Education” will be devoted to the regulation of education through the Internet, and it will be discussed the digital literacy of the population. The direction of the “Internet Media” includes including issues of content monetization, copyright protection, and the safety and accessibility of content.

Overall Internet economy currently accounts for 2.2 per cent of GDP, said earlier the Chairman of RF government Dmitry Medvedev. According to a study by the RAEC and the Higher school of Economics “Runet Economy in 2014-2015”, the total volume of the Internet market and electronic payments in Russia in 2014 increased from 1.6% to level, announced Medvedev. The total volume of the Russian Internet market grew by 46% to 1,094 trln rbl., and volume of electronic payments increased by 36% to 0,476 trillion rubles At the same time, the economy Internet-dependent markets amounted to more than 11.8 trillion rubles, which is comparable with 16% of Russia’s GDP. 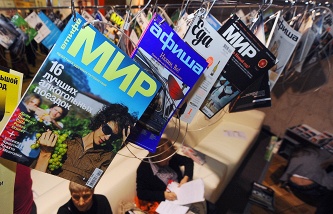 According to the study, the total volume of the Russian Internet market in 2015 compared with the same indicator 2014 will grow by 15-17% to 1.26 and 1.28 trillion rubles, In 2014 the market grew by 46% to 1.09 trillion rubles, however, this indicator was more closely connected with foreign exchange differences.

According to a study by the RAEC and the Higher school of Economics (HSE), in 2015 the market volume of online retail and electronic payments will grow by 20% to 570 billion rubles and 571 billion rubles. respectively. The role of Chinese Internet companies in the Russian e-commerce market will grow. Growth in the segment of online travel, accounting for 13%, its volume is expected to increase to 315 billion rubles (in 2014 saw an increase of 46%). However, in 2015 the market will be influenced by external factors in the field of tourism in General.

The growth segments of the market, providing an infrastructure of the Russian Internet, which in 2015 will also slow down. As expected, the volume domain market this year will remain at 2014 and will amount to 2.6 billion rubles, while the web hosting industry will grow by 8% to RUB 6 billion (previous year growth amounted to 15%), and the segment “software as a service” will increase by 17% to 6.3 billion rubles (proshlogodniy growth – 26%). Investments in Russian Internet market in 2014 amounted to 59.5 billion rubles , the largest part of this amount came in the later rounds and purchase of companies. In Russian Internet startups in the early stages of their development in 2014 was invested 4 billion rubles.

According to studies, the Russian Internet market will reach “bottom” in late 2015 – early 2016 and will hit pre-crisis levels only by the end of 2017.