With the new year Moscow is going to suspend the Treaty on free trade zone of the CIS in Kiev, and also enter predamage against Ukraine because of sustained anti-Russian sanctions. 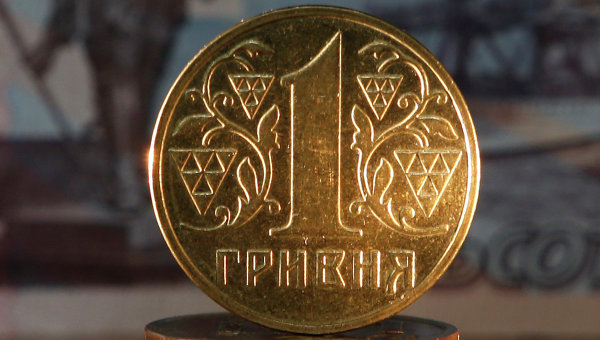 BRUSSELS, 21 Dec. The Ministers of Russia, Ukraine and the members of the European Commission on 21 December will gather in Brussels to once again try to agree on a free trade area (FTA) between Kyiv and Brussels. From the Russian side in the negotiations involved the head of the Ministry of economic development Alexei Ulyukayev.

The previous meeting, held three weeks ago, gave no results — the parties did not manage to remove concerns arising from the implementation of trade-economic part of the Association agreement EU-Ukraine.

The parties do not have much time to come to a consensus on this issue. The President of Russia Vladimir Putin on December 16 signed a decree on suspension from 1 January 2016 to the Treaty on the free trade zone of the CIS in Ukraine, which actually means the introduction of Ukraine duties on most favoured nation treatment. Kiev has repeatedly stated that he did not intend to postpone the entry into force. In addition, in 2016 the Russian Federation intends to introduce predamage against Ukraine in response to its accession to the anti-Russian sanctions of the West.

Putin earlier instructed Ulyukayev, despite all the difficulties, to continue tripartite consultations on the FTA between Ukraine and the EU “in the hope that it will be possible to reach agreement” before the new year. The Ministry of economic development of the Russian Federation expressed readiness to work until the last and, if necessary, even after 1 January, if only there were some steps taken towards partners.

THE POSITIONS OF THE PARTIES

Ukraine and EU propose to address the concerns of the Russian Federation as they arise and find solutions to identified real damage.

Russia did not agree. “We say you don’t need to solve the problems when the damage has already appeared, it is necessary to prevent such a situation…. From us want us to agree with the decline of Ukraine’s commitments under the free trade zone of the CIS, and thus preserved its obligations under preferential trade. We believe that it is unjust and economically flawed”, — said Ulyukayev.

At the last meeting on 1 December the Ministers had considered several options for a possible agreement, what has been proposed by colleagues from the EU, from the point of view of the Russian Federation was not acceptable, as it is not legally binding.

Russia insists on legally binding agreements, and have submitted respective proposals to the Kiev and the EU.

In particular, Russia offers Ukraine and the EU to establish a tripartite system of information exchange in the area of customs administration, which would allow to track the country of origin of goods and would cover the possibility for products from third countries to qualify for preferential trade regime between the Russian Federation and Ukraine.

“We proposed maintaining a system of certificates of conformity, which is now the Russian exporters are working on the Ukrainian market, and the parallel operation on the territory of Ukraine technical standards of the Russian Federation and the EU and the two systems of sanitary and phytosanitary measures”, — explained Ulyukayev.

In addition, Russia has proposed to its partners the agreement in the field of energy — saving parallel functioning of power systems of Ukraine and the Russian Federation on the territory of Ukraine and the mutual sustainability of investment climate for Russian and Ukrainian companies.

Many of the proposals, in particular, the investment climate, Ukrainian colleagues agreed with the Russian Federation, reported the speaker.

Meanwhile, following the meeting of 1 December, the Minister of foreign Affairs of Ukraine Pavlo Klimkin said that Russia in trilateral talks in Brussels demanded that Kiev from January 1, to join bradenburg against the EU. However, Ulyukayev said that Russia has not made any proposals.