In the European Union is concerned by the adoption in Russia of the law giving the Constitutional court the right to recognize the impossible enforcement in Russia of decisions of international courts, if they violate the rule of the Russian Constitution. 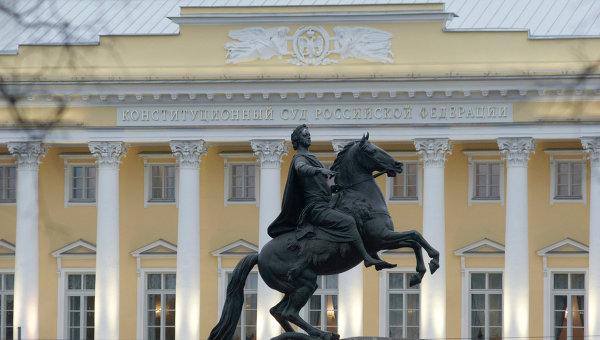 Earlier Russian President Vladimir Putin signed a law giving the Constitutional court the right to recognize the impossible enforcement in Russia of decisions of international courts, if they violate the rule of the Russian Constitution. The draft law was developed in pursuance of the COP decision dated 14 July, in which he ruled that will solve the issue of execution of judgments of the European court of human rights in each case individually and decisions of the ECHR are enforceable only with regard to the recognition of the supremacy of the Constitution of Russia.

In the European Union earlier said it is deeply concerned about the adoption in Russia of such a law, and stressed that potential conflicts between the ECHR jurisdiction and national legislation should be solved through dialogue.

“Yes. The Venice Commission will review this document”, — said the Agency interlocutor.

Earlier, another source in the Council of Europe reported that it “received a request from the PACE Committee on legal Affairs and human rights about the possibility of… a recent analysis of the bill as regards decisions of the constitutional court in respect of decisions of international courts”.

The Council added that at the moment is still unknown “to which the plenary will be done”. “We will be able to say it at a later stage,” he said.

According to the data, the Commission may prepare a report in the first half of next year.

Venice Commission (European Commission for democracy through law) is an Advisory body on constitutional law established under the Council of Europe in 1990.