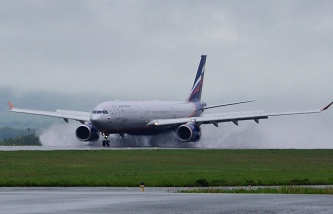 “The so-called flat rate, which applies without seasonal fluctuations during the year, will be in 2016 in economy class 20 thousand rubles for the trip from Moscow to Vladivostok, Khabarovsk, Petropavlovsk-Kamchatsky, Yuzhno-Sakhalinsk. Now the rate is 18 thousand rubles. Growth below inflation,” – said Trutnev.

Vice Prime Minister noted that in early December met with the head of “Aeroflot” Vitaly Savelyev discussed how to make the flights to the far East affordable, as well as to minimize the effects of withdrawal from the market of airline “Transaero”.

“The company received from the state’s most profitable international routes “Transaero”. But on social obligations should be remembered. Living in remote regions of Russia the people should not feel cut off from the “mainland” – said Trutnev.

The price of tickets from Moscow to Vladivostok, Khabarovsk, Yuzhno-Sakhalinsk and Petropavlovsk-Kamchatsky on the flights of Aeroflot in economy class until December 31, 2015 within the “flat rate” is 18 thousand rubles. there-back 11 thousand RUR inclusive taxes and fees.

After stopping the operation of the airline “Transaero” in October 2015, “Aeroflot” has organized additional flights from the Far East and put more spacious aircraft on the most loaded directions.

From April 2015, “Aeroflot” has introduced its own social program “flat” tariffs for increased mobility of the population and transport accessibility of the Far East. In the far East “flat” scale is valid for flights from Moscow to Vladivostok, Khabarovsk, Yuzhno-Sakhalinsk and Petropavlovsk-Kamchatsky.