MOSCOW, December 21. The Plenipotentiary of the President – Vice Prime Minister Yuri Trutnev supported the idea of implementation of index for evaluating the effectiveness of officials. He said this in an interview for the project “First person”. 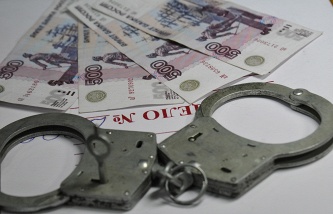 The fight against corruption: “wolf ticket” for officials, the regional level and the first lawsuits

“Perhaps in the civil service it is useful to introduce key performance indicators (KPI),” he said. “And the attempt to introduce KPIs in the government in fact was, but somehow rested in the Lord,” said Trutnev. “You have to spend a lot of extra effort to correct the shortcomings of some officials”,- he explained the reason for the need of implementation of such targets.

“The effectiveness of officials ─ a key issue,” said Deputy Prime Minister. “To feel responsibility for the entrusted area and not putting up obstacles for people; now, in a crisis, it becomes the main demand,” he said.

According to Trutnev, unlike businessmen who risk their own money, the modern officials “the degree of responsibility is much more diffuse”. “System (civil service) – in-depth, you can always hide behind someone’s broad back,” said he.

“The idea is that the government should not be indifferent and incompetent,” he said. However, he admitted that he was not going to work with those. “If it’s within my competence, would find a way to a dishonest employee was removed from his post,” – said Trutnev. “If something is done, in my opinion, wrong, that’s how much force there is, so many will do to change the situation,” he added.

“I never learned to tolerate the manifestations of indifference to the assigned work, lack of professional skills,” – said the envoy. “If you see that a person is not responsible for their decisions, cannot cope with the responsibilities, be silent don’t first try to explain that so it will not work; particularly dull companions find a way out of”,- he repeated.