MOSCOW, December 21. The Governor of the Sakhalin region Oleg Kozhemyako proposes to establish in the region three areas of advanced development (TOR). 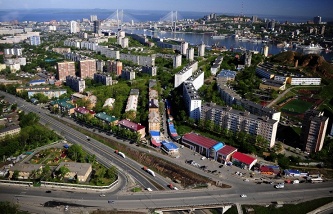 Putin: the return on capital far East must not give in to the world’s leading business centers

This was reported in an interview with Deputy Prime Minister of Russia, Plenipotentiary representative of the President in far Eastern Federal district Yuri Trutnev.

“While no one on Sakhalin, but I think the gap we fill quickly. The island came a new active Governor, Oleg Kozhemyako has already made proposals that will try to implement in the near future.

One project concerns the establishment of the ski resort on Sakhalin, the second-the development of the Kuril Islands, the third ─ ensure its own food. To transport from the mainland is expensive and far away,” said Trutnev.

The development of tourism in Kamchatka

He added that it is also planned to open TOR travel with an emphasis on Kamchatka. “The region’s unique, natural beauty of such places are rare on Earth. Unfortunately, the potential is still insignificant. From the point of view of service to tourists has almost nothing to offer” – added Trutnev.

He recalled that in Primorye there are two areas of advanced development, two more TOR created in the Khabarovsk territory and the Amur region.

As reported, on Sakhalin it is planned in the framework of the TOR to implement the project of creating a ski resort “Mountain air”.

THOR on the Kamchatka Peninsula has already received 18 applications from potential residents. TOR “Kamchatka” will be created at eight sites located in Petropavlovsk-Kamchatsky and the Elizovsky district. The project involves the development of two major subjects: the port-industrial and tourism and recreation. The investors have submitted bids for the construction of several hotel complexes, recreational center, sports and Wellness centers, Spa resort, and also a helicopter runway in the Elizovsky district.