“The first pilot test run of 5G technologies, we plan to hold the world football Championship 2018. Most likely, it will happen in Moscow. Commercial launch of the technology can take place in 2019-2020.”, — Vice-President of MTS on technology and it Andrey Ushatsky. 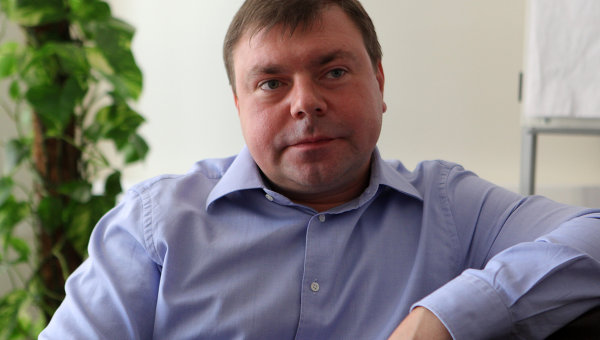 MOSCOW, 21 Dec. Julia Petrovich. A test run of 5G technologies in Russia is scheduled for the period of the FIFA world Cup 2018, said at a press conference in MIA “Russia today” on Monday, Vice-President of MTS on technology and it Andrey Ushatsky.

“The first pilot test run of 5G technologies, we plan to hold the world football Championship 2018. Most likely, it will happen in Moscow. Commercial launch of the technology can take place in 2019-2020. 5G technology will provide subscribers with a number of new services and traditional services will be rendered with better quality,” said Ushatsky.

During the press conference, MTS signed a Memorandum of cooperation in development and introduction in Russia of telecommunication technologies fifth generation with Ericsson, which was represented by Vice-President business development with Telecom operators in Northern Europe and Central Asia Jeff Travers.

According to Ushatsky, technology 5G is an evolution of existing 3G and 4G networks. “We continue to invest in network and technology in the third and fourth generation. MTS company is interested in investments are efficient from the point of view of implementation of 5G technologies. Therefore, we hope to make cooperation with Ericsson in this area highly effective,” he added.

According to Ushatsky, one of the issues to be addressed with the introduction of 5G will be the selection of the frequency range. “In Russia there are more constraints than operators in other countries. So now you need to think about what ranges we are going to develop 5G technology, and we need to develop a dialogue with legislators, other operators and suppliers of network equipment”, — he explained.

In turn, Travers noted that 5G is a network for devices that will appear in the future. “We will need to include new characteristics of the network, reducing the response time. The demand for new technologies 5G is in the automotive industry, in medicine, in the field of electrical engineering and energy industry. Therefore, in the first place it is necessary to develop such indicators as coverage and response time. Overall, we are trying to develop a faster and more intelligent networks,” he said.