MOSCOW, December 21. First Deputy head of the presidential administration Vyacheslav Volodin considers that the development of electronic services should outpace the growth of Internet literacy. 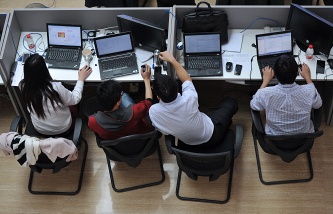 Roskomnadzor: many of the intended to block torrents are blocked in 2016

Speaking at the round table “Internet and society” in the framework of the Russian forum “the Internet economy”, he drew attention that “society will not teach a dead language, will learn the Internet language which helps him in life.”

As an example, Volodin has led the development of electronic services, for example, in the tax sphere, where with the help of the Internet, citizens can know the status of their tax Affairs, to pay taxes.

“But to take the field of municipal services there should be like, to make paper the old fashioned way, stand in the queue,” he said. Moreover, drew attention Volodin, at the municipal level in Central Russia “to date, in the presence of literacy in the sphere of Internet is not deployed municipal services in electronic form”. This, in his opinion, the topic on which you must pay close attention.

“When you start to check out the Internet-the thinking of those who are responsible for the development of these areas, they will grow faster and reach people, and people will start to learn the language,” believes the first Deputy head of the Kremlin administration.

According to Volodin, one of the reasons the “Internet-illiterate” societies that offer people “services are not so interesting.” “If tomorrow she would have to study the Internet, to comfortably receive the services which he (the citizen) will investigate. Let the service – and he will learn it all. As soon as the service will be – all will learn,” he said.

Moreover, says Volodin, “the faster the industry will grow, the more effectively will become the Internet economy”. When “the Internet will serve people, to remove the delays of bureaucracy, will be the absolute effect of this”, he said.