SIMFEROPOL, December 22. The head of the Crimea Sergey Aksenov said that he was ready to give up her seat to those who criticize the work of the authorities of the Republic. So he commented on reports citing anonymous sources in the Russian government about the poor implementation of the Federal target program (FTP) development of the region. 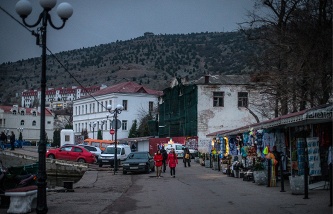 Source: the Cabinet instructed the MAYOR and the Finance Ministry to punish the Crimean authorities for freezing funds

“Some activists think that we do not professionally manage their duties. I can give anyone the opportunity to come here and study the situation. My colleagues-the governors believe that we are here kamikaze, being in this position at this time. Because a normal person in their right mind would not agree. But we have such a role,” said Aksenov Tuesday to journalists.

“We have no such plans so far for one reason – the challenges facing the authorities of the subject (in emergency mode – approx.), different from those who carry out the authorities in peacetime on the mainland of the Russian Federation. So we still have issues associated with reducing staff numbers, it is not necessary”, – said Aksenov.

Before it became known that Prime Minister Dmitry Medvedev signed a decree on the reduction of the state apparatus from 1 January 2016. As stated on the website of the government of the Russian Federation, which published the document, this resolution stipulates the maximum number and salary Fund of officials. Reduction of 10% will affect civil servants, employees of Central offices and territorial bodies of Federal ministries, Federal services and Federal agencies managed by the Russian government.

Sergey Aksenov advised the officials to be more modest, writing themselves bonuses for good work during energokrizisa. So he responded to the reports that some heads of areas are going to get to the New year bonuses in the amount of 200-300% of salary.

“Where officials themselves prescribe, we’ll fix it. Still law enforcement will check the current documentation and all of these moments will find. Anyone who appoints himself a great prize, I advise you to be modest. Anyway, the procedural decision on cancellation will be if the award has been discharged unfairly,” said Aksenov, answering the question.

The head of Crimea noted that the award will be given to those who truly distinguished themselves during the liquidation of consequences of emergency situations related to the energy deficit. First of all, it concerns experts in the field of energy, rescue workers and volunteers. “I talked about the need to prepare versions of encouraging people. But it is a question of the individual, which must clearly proceed from the fact that the leader understands what spot was during the crisis, how handled,” – said Aksenov.

Earlier local mass media reported about the intention of the deputies of the Simferopol promote the city head Gennady Bakharev at work during a blackout award 200% of salary. The mayor later stated that he would give up the money. Similar reports of bonuses for the officials has also appeared in Kerch and several other municipalities.

The Crimea was disconnected on 22 November, when because of the erosion of the supports out of order, all four power lines coming from Ukraine. On the Peninsula was entered emergency mode, started to be applied schedules of emergency outages. The situation has improved with the launch on 2 December the first leg of the power bridge from the Krasnodar region, and the December 15 of the second leg has increased its capacity to 400 MW. Two more strands of the power bridge total the same capacity to be commissioned in the spring that would make the Crimea independent from Ukrainian electricity.