The pension Fund of Russia is working flawlessly for the past 15 years, however, the system has a number of outstanding issues, including the issue of the status of the organization, experts say. 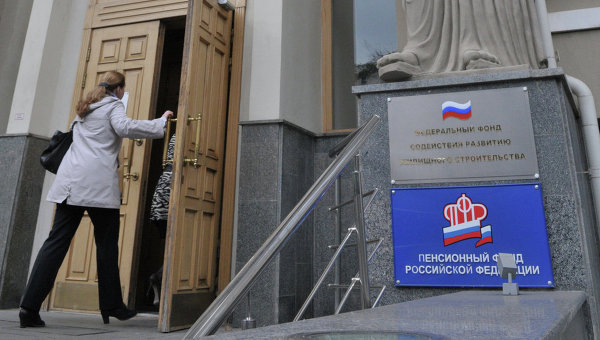 MOSCOW, 22 Dec. The pension Fund is established, stable operating system, and the question of its further improvement depends not only on the Fund itself, many other factors that have arisen in particular in connection with difficult economic situation in the country, this was stated by the experts on the eve of the 25th anniversary of RPF.

“The system works for the past 15 years is absolutely stable, without failures, without crashes paying monthly 42 million retirees pensions, allowances, various kinds of preferential payments” — the Chairman of the Union of pensioners of Russia Valery Ryazansky.

However, Ryazan noted that the question of how the system of pension coverage of Russian citizens reflects the current socio-economic situation in the country is a question not so much to the system, and to a greater extent, so that the system at the legislative level and at the level of regulatory decisions.

As explained by the Deputy Director of the Institute for social analysis and prediction Ranepa Yuri Gorlin, measures taken today in times of crisis is a necessary management decisions.

According to the Chairman of the Union of pensioners, one of the major outstanding for Foundation problems is the question of its status. “The fact that the status of the Fund shall be determined by law. Today, it is not defined by law, as determined by the relevant normative-legal documents”, — said the Ryazan.

The question of belonging of monetary funds at the disposal of the FIU. “Money worth more than seven trillion rubles. Whose money is it? That money, state money or insurance contributions of our citizens?” — said the Ryazan. These questions today are the answer, enshrined in law.

According to the head of the Duma Committee on labor, social policy and veterans Affairs Olga Batalina, one of the major challenges, which also stands today before the Pension Fund, it is the informational support of processes of reforming of the pension system. “Already made a serious step forward in the Informatization process: for any citizen today is open and clear process of accrual of his pension through a personal account opened on the website of FIU,” said she.

The difficulties of the economy

According to Gorlin, due to the economic situation which has changed greatly in recent times, appeared more clearly negative trends. “If almost all previous years, the pension grew faster than inflation, while in 2016 it is planned its increase while only 4%, which is three times less than the growth of prices”, — said the expert.

Also, according to Gorlin in the next few years undoubtedly will be a question of raising the retirement age, further reform of early retirement. Necessary and solutions in the part of the pension.

“A moratorium on payments of pension, which is now in its third year, puts the firm in an awkward position. Here it is necessary to put the point: either to stop the formation of pension savings in the mandatory, or to continue without moratoria. In all cases the necessary measures to improve regulation and supervision of pension funds, in order to reduce the risks ensure the safety and profitability of pension savings”, — he explained.