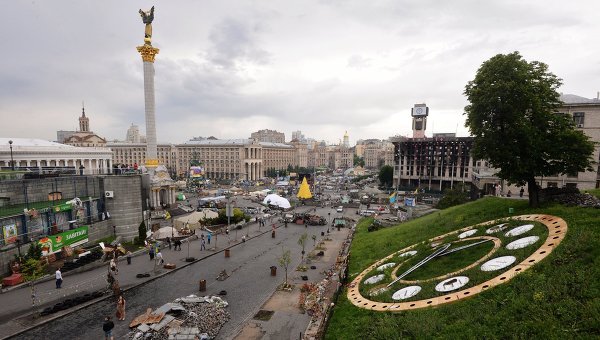 KIEV, 22 Dec. Kyiv city Council approved the transfer of the local city’s debt on Eurobonds in the state, said in a statement on the website of the municipality of Kiev.

“The Kyiv city Council on December 22, at the plenary session approved the transfer of the local debt of Kiev on external borrowings of local 2005 and 2011 in the state”, — stated in the message.

New bonds shall be distributed among the holders that participate in debt transactions of Kiev, after writing off 25% of the existing notes and accrued interest will be capitalized and added to the new bonds; annual interest on the new bonds is reduced and set at 7.75%.

Earlier the Cabinet of Ministers of Ukraine decision dated September 22, announced a moratorium on payments on Eurobonds. From 23 September Ukraine went into technical default, refusing to pay $ 500 million on its foreign debts. Kyiv hopes to hold the debt restructuring, but instead of the promised 20 per cent cancellation of the debt for Eurobonds, the situation may go in the direction of lawsuits. The Ministry of Finance noted that this restructuring is in the interests of the city and creditors, and expressed readiness “to support the efforts of Kiev to help it to undertake the necessary restructuring”.