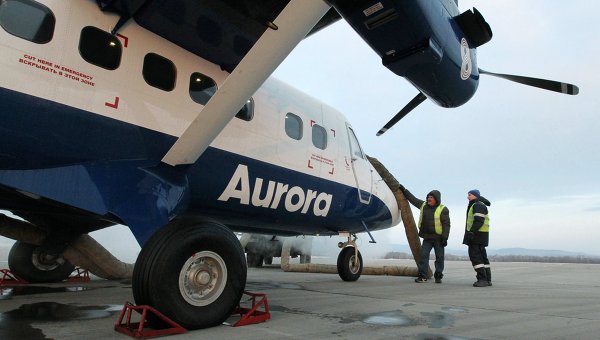 YUZHNO-SAKHALINSK, 22 Dec –. Far Eastern airline “Aurora” (subsidiary of JSC “Aeroflot”) has reduced prices for flights within the Far East – in some areas more than doubled, reported the Deputy Director of airline Andrey Kolesnik at a meeting at the Sakhalin regional Duma.

“If you look at the tariff distance, today these rates are among the lowest in Russia, the pricing model is similar to the low-cost airlines. While reasons for concern the population”, — said Deputy General Director of airline “Aurora”.

He added that the price is forming the parent company “Aeroflot” and has not excluded the growth of tariffs in 2016.

“It’s hard to say what will happen next. Airlines are flying to Western courts, depend on the dollar — from it add up the lease payments, and spending on parts for aircraft, and so on”, — said Kolesnik.

Earlier the FAS voiced their dissatisfaction with the pricing policy of Aeroflot after the company received at its disposal a number of routes of the company “Transaero”. Artemyev said that the service representatives have twice met with staff of the airline to discuss high ticket prices, made the company a verbal warning. However, he did not rule out the initiation of the antitrust case, if “Aeroflot” will not fix the situation. After that, the company has set a 10% discount on fares for all classes of service and tariff groups on domestic flights until the end of the winter navigation period.