MOSCOW, December 22. The Zamoskvoretsky court of Moscow found the Ivan nepomnyashchih guilty of participation in mass riots on Bolotnaya square on 6 may 2012, as well as in the use of violence against police, reports Corr. from a court hall.

As noted in the verdict, the guilt of the defendant was fully established during the judicial investigation. Currently, the court shall continue the sentencing. 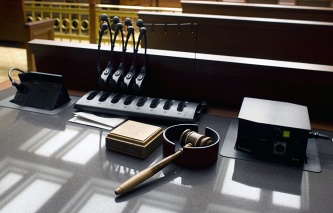 The court has limited until July 22, the acquaintance of the defendant in the “Bolotnaya case” with his material

Earlier during debate of the parties the public Prosecutor asked court to appoint accused punishment in the form of 3,5 years of imprisonment in a standard regime penal colony. The defendant is under house arrest, his guilt he did not recognize.

On criminal case about mass disorders on Bolotnaya square were arrested more than 400 people, injured more than 30 police officers, several dozen people were injured. In total, the main so-called “Bolotnaya case” there were about 30 people. Some of them criminal proceedings were terminated as a result of the Amnesty declared to the 20 anniversary of the Constitution of the Russian Federation. A criminal case against nepomniashchikh was allocated in separate production.