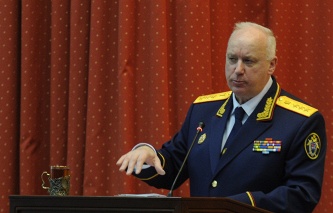 The Chairman of the Investigative Committee called for the death penalty

“Child abuse is absolutely unacceptable, and society should not allow this. However, the death penalty is still a feudalism, and I hope that we have enough intelligence to prevent and protect children in other ways, to create absolute protection for our children,” said Golodets.

The Chairman of the Investigative Committee of Russia Alexander Bastrykin on December 9 called for the death penalty, noting that his Agency is subject to applicable Russian laws. In Izhevsk the event memory 13-year-old boy, who died at the hands of a rapist and murderer, he stated that personally, “first of all, as a man”, supports the death penalty. “I’m not afraid of criticism when you start to criticize me or anyone who expresses such thoughts. No need to dissemble. Evil must be punished. Took someone else’s life, especially the life of a child – to pay their”, – said Bastrykin.

In turn, the Commissioner for children’s rights in Russia Pavel Astakhov said that for the murder of the child it is necessary to apply the maximum possible penalty – life imprisonment.