Now for “Swallows” in Siberia, not ready infrastructure, in particular no modern locomotive depot for this type of trains, said the head of the Western-Siberian railway (at West Siberian Railways) Anatoly Reger. 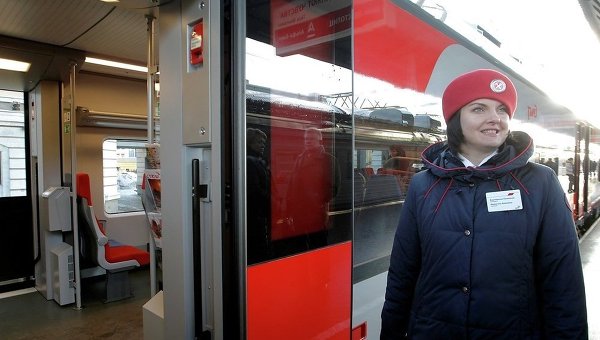 NOVOSIBIRSK, 22 Dec –. The first high-speed trains “Swallow” between the vast Siberian metropolis of Novosibirsk with neighboring cities, according to the plan the Railways have prospects to earn in 2020, told reporters on Tuesday the head of the Western-Siberian railway (at West Siberian Railways) Anatoly Reger.

Reger noted that currently for “Swallows” in Siberia, not ready infrastructure, in particular no modern locomotive depot for this type of trains.

“There is a completely new chassis, new electrical system, disc brakes. The level of security there made another. We are trying to find a solution to this issue. Hear us, we do not deny, but in the coming years we are not in these investments”, — said the head at West Siberian Railways.

The second difficult issue he called that currently train type Lastochka is manufactured by Siemens, and their purchase and maintenance is expensive. However, according to him, this question is partly solved by localizing the production of such electric plant in the town of Verkhnyaya Pyshma of the Sverdlovsk region (the joint venture of the group Sinara and Siemens of German). “This project recognizes that commuter traffic is primarily the order of the administration”, he added.

Mass production of trains “Swallow” was launched in the Sverdlovsk region in December 2014, and 1 July “Ural locomotives” has handed JSC “Russian Railways” the first batch of high-speed trains “Lastochka” (ESG).