The Deputy of Legislative Assembly of Primorye Vladimir Grishukov tried to flee the scene of an accident, which he provoked, and when he was stopped by the police, refused medical survey. 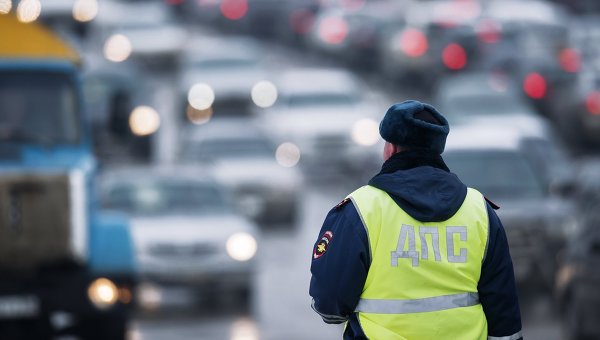 VLADIVOSTOK, 22 APR –. Primorye MPs condemned the act of the colleague from the Communist party, who in November got into an accident and tried to flee the scene, and gave him the breach of parliamentary ethics, according to the Legislative Assembly of the province.

In late November, the Deputy of Legislative Assembly of Primorye Vladimir Grishukov provoked the accident in Vladivostok and tried to hide, and when he was stopped by the police, refused medical survey.

At the meeting of the Committee on rules, Deputy ethics and organization of work of legislative Assembly of Primorski Krai has considered the question of observance of rules of Deputy ethics Deputy Vladimir Grishukov. Yesterday in the regional Parliament received official information of the MOI of Russia for the Primorsky Krai in road accident with participation of Grishukov.

“In the course of an administrative investigation collected sufficient evidence pointing to signs of the presence in the actions of the citizen of V. V. Grishukov of administrative offense under article “leaving the scene of an accident”, — quotes the relevant Committee information to the police.

“Officially from the Department of internal Affairs confirmed that the accident was, was the smell of alcohol. He refused a medical examination and left the scene. We believe that in this case the Deputy has violated the Rules of parliamentary ethics. The Communist party of this situation should be tackled within the party itself. Vladimir Vitalievich pointed to the inadmissibility of violation of the Rules of parliamentary ethics. It’s a stain on the Legislative Assembly,” — says the Chairman of the Committee Konstantin Mezhonov.

Grishukov who took part in the meeting of the relevant Committee, stated that all that happened is regarded as a provocation and a special order. “To determine the degree of guilt will be the court,” he said.