Afghanistan is going to buy from Russia three Mi-35, there is also an agreement on the supply of four helicopters from India, which had previously acquired them from Russia. 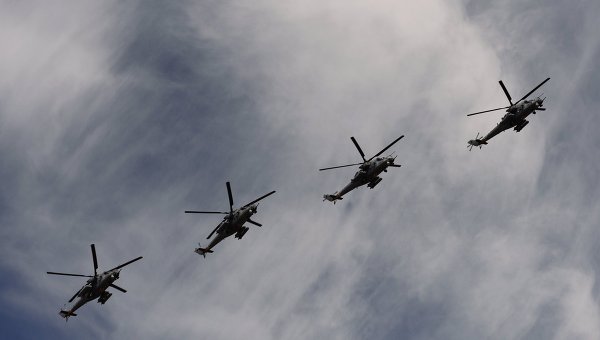 “As for helicopters, that such an agreement exists. We want to buy three Mi–35”, — he said in an interview with Sputnik, adding that the talks on this issue continue.

“Afghanistan needs more than. At least in each district, two or three helicopters. Because, as you know, only the Mi-35 can secure a job there,” — said the Afghan diplomat.

Abdul Gayur reminded that there is also an agreement to supply four Mi-35 from India, which had previously acquired them from Russia. “The agreement for the transfer of helicopters from the Indian side, it has already been signed. On the days scheduled transmission of these four helicopters from India,” he said.

Earlier, Moscow and Kabul have agreed to supply to Afghanistan Kalashnikovs. “This is the help of Russia the Ministry of internal Affairs of Afghanistan. About 10 thousand Kalashnikov rifles and more than 2 million units of ammunition. These parties were to act in November and December. But there are some difficulties associated with the use of aircraft that fly through Tashkent, in my opinion. This year deliveries are not conducted. They will arrive in January and February,” the diplomat said.