A decree of suspension from 1 January 2016 to the Treaty on the free trade zone of the CIS in Kiev could not be implemented “in a legal sense”, said the Minister of foreign Affairs of Ukraine. 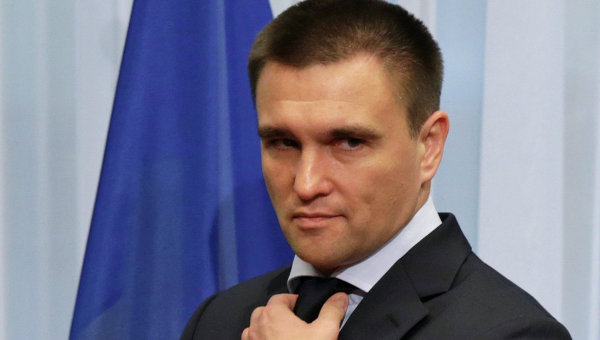 KIEV, 22 Dec. Russia’s decision to suspend the agreement on free trade within the CIS with Ukraine, contrary to international law and cannot be implemented in the legal field, said the head of the Ukrainian foreign Ministry Pavlo Klimkin in an interview with TV channel “Gromadske of TV” on Monday night.

The President of Russia signed a decree on suspension from 1 January 2016 to the Treaty on the free trade zone of the CIS in Ukraine, which actually means the introduction of Ukraine duties on most favoured nation treatment. The state Duma on Tuesday will consider the bill.

“We believe that this decree, it is contrary to any provisions of international law, since the Vienna Convention, and as it is written, he just can’t be legally implemented,” — said Klimkin. Probably, I mean adopted under the auspices of the UN Vienna Convention on the law of treaties (1969).

In addition, Russian Prime Minister Dmitry Medvedev declared that on 1 January Russia to protect its market for Ukraine introduces customs duties and grocery embargo similar to the one that applies to countries that supported anti-Russian sanctions.