Russian negotiators correctly and fundamentally questioned, and the head of the EU delegation stood up and left with the words “game over”, noted the President of Russia. According to him, it’s not “very European”. 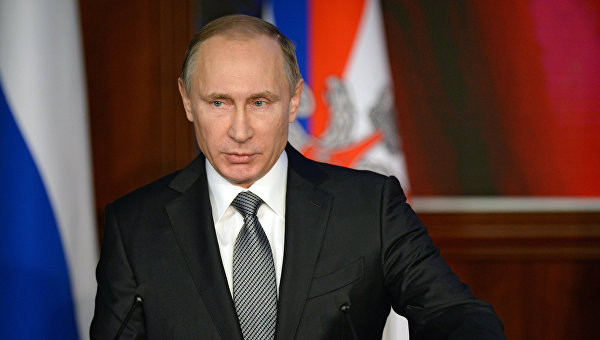 MOSCOW, 22 Dec. Russia will continue attempts to resolve the relations within the triangle EU-Russia-Ukraine, said the President of Russia Vladimir Putin, commenting on the results of the annual round of negotiations, which ended yesterday in Brussels.

“I think we still will repeatedly return to these issues. We want to build relationships with our partners and here on this topic (trade regime), with Ukraine want the EU want,” the President said.

He drew attention to the fact that, when the negotiators from the Russian side specifically and essentially put the controversial issues, the head of the delegation of the European Union stated that “game over”, got up and left.

“The game is over and gone, but the press release issued today that the Russian delegation broke the negotiations”, — said the Russian leader, adding that “it’s not very European, not at all tolerant”.