The bill, submitted to the government, extends the opportunity to go to APF until 2020. This project supports the financial-economic bloc in the government, anti — social unit. However, the decision is not accepted and transferred at the beginning of 2016. 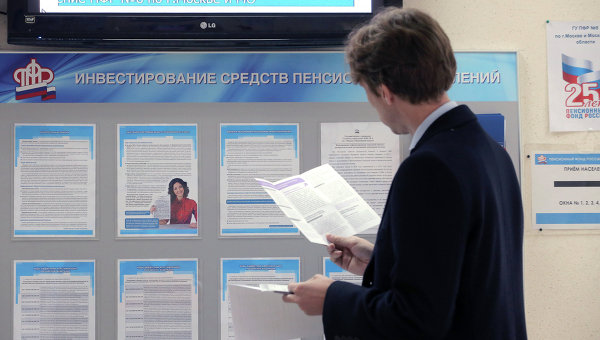 MOSCOW, 22 Dec. The question of extending the right of choice of pension provision for the citizens eligible for pension accumulation, which was considered at the unscheduled meeting at the Prime Minister Dmitry Medvedev on Monday, it was decided to defer a decision on the first quarter of next year, wrote on Tuesday the newspaper “Kommersant”.

Under current law until the end of 2015 Russians born in 1967 and younger, you can choose one of two options: to form insurance or pension insurance and the pension. Deputy Finance Minister Alexei Moiseyev said earlier that the bill to extend opportunities to move the NPF to 2020 submitted to the government. Behind this initiative stands the entire financial-economic bloc, anti — social unit, the newspaper said.

On Monday the government held an unscheduled meeting at which it was planned to put an end to the question of extending the right of choice of pension provision. Initially the meeting was scheduled for 22 December, but it was moved a day earlier to get in case of a positive decision to spend a technical amendment through the state Duma, the last plenary meeting which will take place on December 23.

However, contrary to expectations, the decision was taken. “The issue is postponed to the first quarter of 2016. And if the decision is positive, it will be held is not a technical amendment as a separate bill,”— said the source of Kommersant, close to the machine premiere.