At the enterprises of light industry have the potential to replace Turkish imports, and the additional demand will increase the volume of production is considered the largest textile enterprises of Russia. 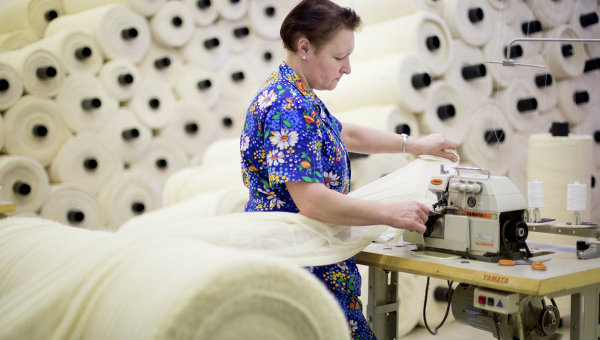 MOSCOW, 22 Dec. The largest textile enterprises of Russia — “BTK group”, “Kamyshin textiles” and “Comazo” sent a letter to the authorities of the country to ban the import of textile products from Turkey that, in their opinion, will allow to increase volumes of own production, is spoken in the address of the businesses available.

Earlier on Tuesday the Deputy head of the Ministry of industry and trade Viktor Yevtukhov said that the Ministry submitted to the government a proposal to ban 80% of Turkish goods of light industry.

“Domestic enterprises of light industry have the necessary technical and human resources to the Turkish import substitution, and additional demand will allow to increase volumes of production”, — reads the statement of enterprises that was sent to the government at the end of November this year.

It is noted that the textile industry is asked to consider the question of restrictions on imports from Turkey of light industry goods that will promote “import substitution and economic development” of the Russian Federation.

As explained in the press service of the BTK holding, which includes “BTK group”, “the list we have not seen, but believe that the measure is timely and will create favorable conditions for domestic producers,” and “proposed by the Ministry of industry and trade measure could be the beginning of a reorientation of the market for domestic products, is successfully competing with the Western analogues”.

“Despite some successful examples (such as the growth in the segments of clothing and technological textiles), traditional sectors of the Russian light industry in the most dire Straits in the struggle for the consumer, because the situation for many companies the usual relations with foreign suppliers, refocusing on ordering products from domestic enterprises is not quickly”, — added the press service.