GORKI, December 22. Russia, Belarus and Kazakhstan held consultations on the instructions of the presidents of the countries on the transit of Ukrainian goods and goods from the EU and the parties worked out a tentative mechanism for the control of the transit, the mechanism will be finalized before the end of the year. This was reported to journalists by the first Deputy Prime Minister Igor Shuvalov. 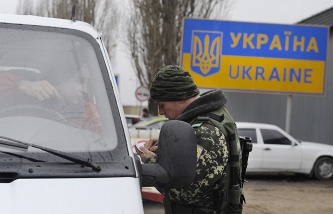 “On the issues of transit of Ukrainian goods or goods of the EU, which go transit through the Ukrainian territory to the territory of Belarus and Kazakhstan, between us today, were duly consulted at the direction of the presidents and developed a preliminary mechanism that allows to fully control the flow of goods from Ukraine through Belarus or the Russian Federation to Kazakhstan with a full escort of these goods and a complete inability in any way to cover the real consumption of Ukrainian goods to the territory of the Russian Federation under the guise of transit”, – said Shuvalov.

He added that the parties have until the end of the year this mechanism to Refine, to make governmental decisions and joint decisions with Belarus and Kazakhstan.

“We carried out today, and I hope in the coming days it will complete, thus the whole complex of questions connected with Russian Federation from the relations in the free trade zone with Ukraine under the agreement of 2011, as well as the introduction of appropriate restrictive measures will be completed before 31 December 2015”, – concluded the first Vice Premier.

Cynical attempts by the EU

The Deputy Prime Minister has called cynical statements made by the EC, having put on Russia the responsibility for the failure of negotiations on European Association of Ukraine.

“Weird the European Union’s statement yesterday that Russia is responsible for the failure of the negotiations in the absence of any flexibility,” he told reporters. “This, at least, a false and cynical, because we’ve demonstrated the flexibility and professionalism, we are really trying to find a way out of the situation, allowing Ukraine to implement the agreement on associated membership in the EU,” Shuvalov said. 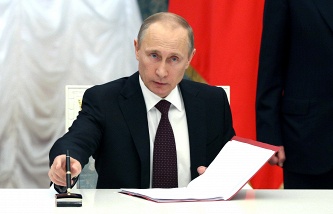 Shuvalov reminded that Russia repeatedly expressed concern in connection with the agreement between Kyiv and Brussels that in case of its entry into force, Russia’s economic interests will be greatly hurt. In particular, according to him, Russia is concerned about the possibility of gray flows of goods from the EU to Russia through the territory of Ukraine, as well as the inconsistency of some norms in the sphere of technical regulation.

“We have repeatedly proposed various solutions to the problem. The Russian Federation proposed four options for legally binding documents, but we never proposed to amend the basic agreement between Ukraine and the EU, we proposed to issue an additional agreement, which will remove the issues that concern Russia”, – said Shuvalov. He noted that Russia and has not received a positive response to these proposals. On the contrary, colleagues from Ukraine and the EU have made proposals that “in fact, all our proposals out, no one heard our concerns on technical regulation, sanitary and phyto-sanitary regulation and reduced customs duties”. 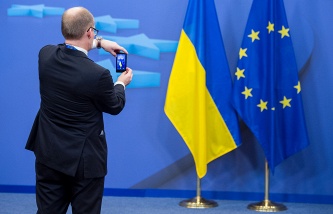 At the same time, Shuvalov said that Russia is ready to continue talks with Kiev and Brussels to remove the concerns of Russia related to this agreement. However, from 1 January 2016 Russia cancels preferences, which Ukraine used in trade within the free trade zone with Russia.

On 21 December in Brussels ended with another meeting at the Ministerial level to discuss Russia’s concerns in connection with the intention of the EU and Ukraine to start from 1 January 2016 the use of trade and economic section of the Association Agreement.

However, as stated by the results of the foreign Ministry, none of the partners of Russia “not even going to negotiate and find compromises”. The EU and Ukraine refused to fix any of the possible results of the negotiations in the form of a legally binding instrument, bringing all your suggestions for continued monitoring of the situation and creation of new working groups.