In the government very well relate to IT-sector, however, need to extend benefits without violating WTO rules, said the President of the Russian Federation Vladimir Putin. 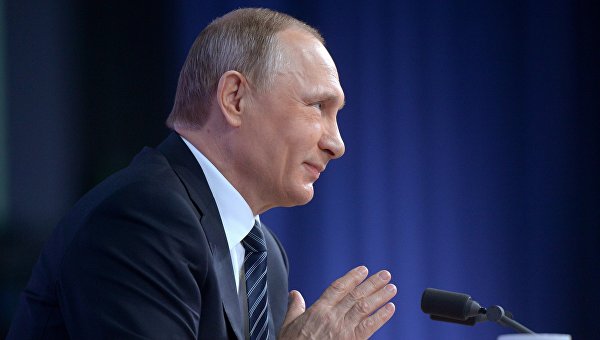 MOSCOW, 22 Dec. The Russian President Vladimir Putin agreed with the proposal to consider the possibility of extending benefits on insurance contributions for IT companies in 2017.

At a meeting with Russian participants of the forum “Internet economy”, Putin said that thanks to the incentives, the sales volume of software companies from 2010 to 2014 has increased more than three times: from 28 billion to 102 billion rubles. However this benefit in 2017 will be cancelled and the participants asked to extend it.

“I agree with you completely, the only question that you need to do it somehow, without violating WTO rules. I need to think”, — said Putin.

During the meeting also raised the topic of taxes. Participants noted that the companies of the Russian Internet market, given the factor of cross-border trade, are at a disadvantage because unlike foreign colleagues in Russia are forced to pay taxes and to bear social responsibilities. In this regard, the representatives of the Russian Internet market said that he had held talks with relevant officials and asked the President to instruct the government to pay attention to these problems.

“In the government in General are very good for this sector and understand its value, therefore, you can negotiate with colleagues to create a kind of special structure which will promote these ideas, the development of these ideas,” Putin said.