MOSCOW, December 22. The Ministry has proposed to ban the import of 70-80% of light industry products from Turkey. 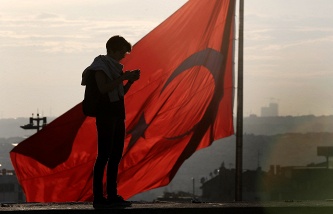 About it the Deputy Minister of industry and trade of Russia Viktor Evtukhov said on the sidelines of the forum “Internet-economy”.

“70-80% of Turkish imports of light industry is that we can safely replace. It’s not such a big import of consumer goods industry we have €1.1 billion In total imports is 6 percent,” he said.

According to him, the Ministry has transferred relevant proposals to limit 70-80% of the Turkish import of light industry goods in the Russian Federation for specific categories in the Ministry of economic development.