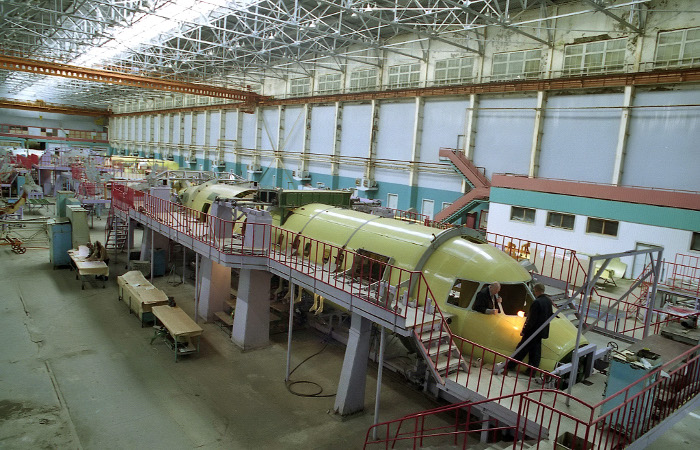 The “transition “of assets” on the condensed work week is temporary and due to the need to keep personnel structure of the enterprise in the conditions of insufficient production load. However, no reductions in staff or conversion of the facility is not planned”, – said the representative of the Corporation, without specifying how long a given mode.

He noted that currently at “Aviacor” is going to the remaining aircraft on An-140 project, as well as the repair and maintenance of aircraft of various types, including a new project on modernization of the Tu-95 by order of the Ministry of defence.

In June 2014 the General Director of “Aviacor” Aleksey Gusev said that the situation in Ukraine “puts a face the station” project on production of An-140. In this regard, the Russian company stopped payment of the enterprises-suppliers in Ukraine for safety reasons. In July 2015 Gusev announced the suspension of the program of production of aircraft An-140 because of the position of the Ukrainian authorities.

“Given the fact that we have 34 of the supplying plant and the design Bureau (“Antonov”) located in Ukraine, to carry out the substitution on accessories in such a quick time is not possible. Therefore, this program is temporarily stopped”, – said Gusev.

It was also reported that “Aviacor” has not fulfilled its obligations under the state contract with the defense Ministry for the production of An-140 because of violation of terms by suppliers.

In addition, it was reported that “Aviacor” until the end of 2015 upgrades three strategic bombers Tu-95MS for air and space forces of Russia.

Aviacor – aircraft is the only asset of the holding “Russian cars” (enters into group “Basic element”), specializes in the production, repair and maintenance of aircraft of the Tu-154 and An-140.