According to the Moscow exchange, MICEX index to closing has grown to 1723,35 points, RTS index – to 762,4 points against weak attempts to push oil from multi-year lows. 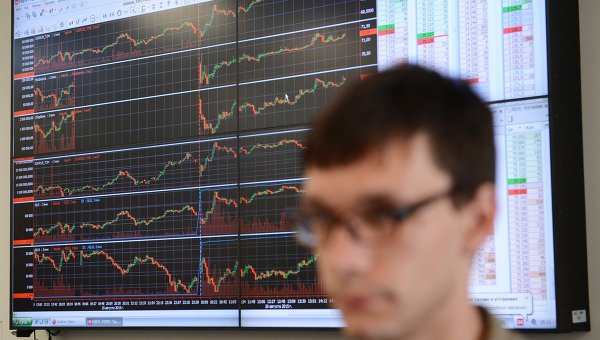 “Shares in the Russian stock market on Tuesday traded without any single dynamics. With the holidays approaching investor activity begins to decline rapidly. Oil continues to trade sideways in the range of 36.2-36.8 per dollar per barrel without any significant impact on the overall market”, says Alexander Kostyukov of “Veles Capital”.

Brent crude oil on Monday reached the lowest level since July 2004, having gone below, 36.2 per dollar per barrel. On Tuesday, oil prices rise slightly.

Uralkali announced the cancellation of listing and admission to trading of its GDRs on the London stock exchange since the beginning of the trading day on December 22. Against this background, the company’s shares on the Moscow stock exchange has dropped to 3.56%.

Analysts expect a fairly weak trading on the Russian market on the background of the relevant dynamics of foreign exchanges before the Christmas and new year holidays.

Monday public holiday in Japan (Emperor’s birthday), on Thursday for the holidays leave the European exchange, and on Friday closed stock markets in the USA, reminds Timur Nigmatullin of “Finam”.

“Against the backdrop of Christmas week in the U.S. and the Euro area in the coming days will be rather sluggish dynamics on the Russian market. In the absence of pressure from oil prices and other negative factors, the MICEX on Wednesday will continue to move in the corridor 1715-1740 points, RTS in the channel 760-770 points,” predicts leading analyst of MFX Broker Artem Ostapchuk.

In turn, Kostyukov reminds that on Wednesday is expected weekly report on reserves and oil production in the U.S. that can support the quotations of “black gold” in the event of a reduction in both indicators.

“Growth of Russian shares in 2016 will facilitate the plans of the government of the Russian Federation on privatization of some large state companies and declining inflationary pressures in the Russian Federation. If the price of Brent crude oil in the next week and a half will hold the support level of $ 35 per barrel, the MICEX index will close the year above 1700 points,” — says Sergey Kochergin from Exness group.