Upon receiving funds or other property of a foreign state or an international organization if the publisher or editors of mass media are obliged to notify Roskomnadzor within 30 days. This rule will not apply to proceeds from the distribution of advertising. 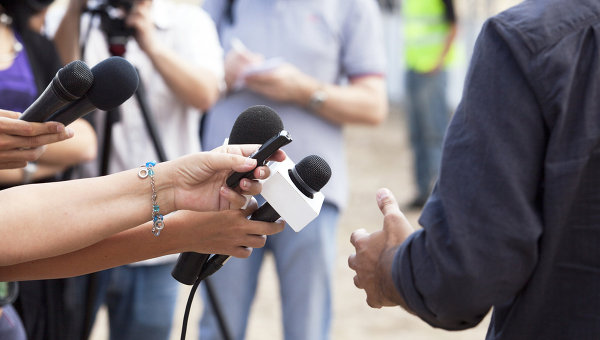 MOSCOW, 22 Dec. The state Duma Committee on information policy recommended the adoption on 23 December in the second reading a bill that requires Russian media to notify Roskomnadzor about the receipt of foreign funding, in the event of default of this requirement stipulated penalties.

The second reading was made a number of amendments, which, in particular, exclude the possibility of closure of media outlets in the repeated failure to provide information on foreign financing.

According to the document, in case of receipt of money or other property from foreign States, international organizations and under their control, foreign legal entities, foreign citizens, stateless persons, publisher and (or) the editorial office must notify Roskomnadzor within 30 days of receipt from such persons of money or other property. However, this provision will not apply to cases of receipt of funds from media advertising.

“It is envisaged that the bill will cover not only the media, but also for broadcasters,” said the head of the Duma Committee on information policy Leonid Levin, speaking about the amendments. However, the law does not concern media, established in accordance with international treaties of the Russian Federation, noted Levin.

According to the amendments to the second reading, the media will not have to report the receipt of funds from citizens of the Russian Federation possessing the nationality of another state. In addition, the duty to give notice of the receipt of funds does not apply to cases of income from sales of products media.

Also for the second reading appeared the rule on the minimum amount from a foreign source, the receipt of which the media shall notify Roskomnadzor. “It was set at 15 thousand rubles at a time,” said Levin.

The amendments also stipulate the obligation of Roskomnadzor to place on its official website the information received from the media, broadcasters about getting funds from foreign sources. “There have also been criticisms about the complex logistics, administration, provision of information on a monthly basis. In this regard, we propose to provide Roscomnadzor this information once a quarter”, — said the head of the state Duma Committee.

In addition excluded Novella on responsibility for repeated failure to provide information about foreign financing in the form of termination of activities of mass media. “In the original version of the bill was offered in case of repeated violation within one year to cease the activity of mass media. Now talking about the introduction of liability – administrative fine for repeated breach of provisions of the bill,” said Levin.

Penalties for failure to notify Roskomnadzor will range from 30 to 50 thousand rubles for officials for legal entities — the amount of cash received or the value of the property received. While a second violation will result in a fine of 60 to 80 thousand – for physical persons and for legal from three times to four times the amount of money that you should have been informed, said Levin.