Under the bill, the Amnesty of capital will be extended until July 1, 2016. The amendments should help to simplify the implementation mechanism and procedures to increase the guarantees declaring their assets and accounts. 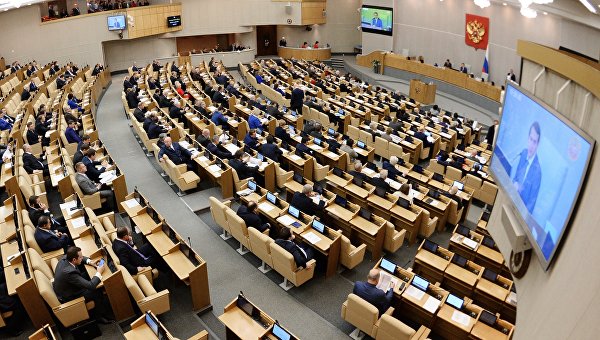 MOSCOW, 22 Dec. The state Duma on Tuesday at the plenary session adopted in first reading a law extending Amnesty for six months — until July 1, 2016. The amendments to the law “On the voluntary Declaration of physical persons assets and Bank accounts (deposits) in banks and on amendments to certain legislative acts of the Russian Federation”.

The proposal to extend the Amnesty of capital for six months and make this mechanism some adjustments announced in December, the President Vladimir Putin in the message to the Federal Assembly. According to the head of the state proposed last year the procedure was complex, and the guarantees declaring their assets and the accounts is insufficient, so the business does not hurry to take advantage of this opportunity.

In December, Deputy Finance Minister Sergei Shatalov said that the changes in the mechanism of Amnesty can be introduced in early 2016.

As noted Tuesday in conversation with journalists the head of the Duma Committee on budget and taxes Andrey Makarov, the extension of the Amnesty – “this is an extremely important decision that once again allows business taxpayers to assess the risks and make the right decision.”

However, he said that the trend towards returning capital to Russia and the transfer of business from foreign to Russian jurisdiction, unfortunately, meets very strong resistance. “Now we see dozens of cases where the blocked accounts of Russian businessmen abroad just to create an obstacle to return to Russia. At the same time blocking of accounts takes place under the pretext of clearing up their origin. This solves the problem and the law on Amnesty of capital”, — said Makarov.