Moscow has strengthened ties with major players in the middle East amid operation in Syria, while Tehran has regained its status as a regional power with voting rights in the Syrian issue, writes columnist France Presse Sammy ketz. 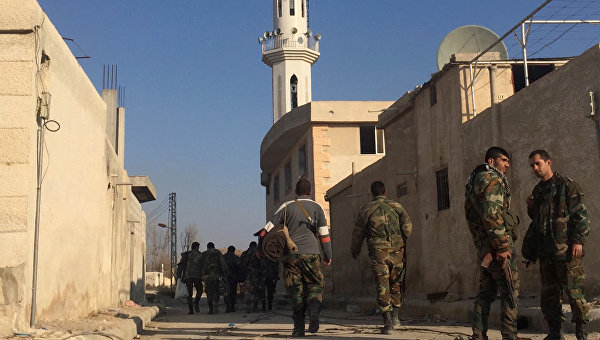 MOSCOW, 23 Dec –. Russia and Iran have suddenly regained its position in the middle East in 2015 after a prolonged absence in the region, writes columnist France Presse Sammy ketz.

Moscow has strengthened its position in the region after the start of the operation of military aircraft in September this year. Iran after years of isolation and sanctions has regained the position as a regional power and got a seat at the negotiating table on Syria, says commentator.

“Revival of Iran and Russia” in the middle East is an indisputable fact, said the head of research Department Institute of international and strategic relations in Paris, Karim Bitar. According to him, countries “want to fill in the holes” formed after passing the positions of the Americans.

Partly inflexible Russian position on Syria was dictated by the desire of Moscow to protect their long-term relations with Syria. However, Russia has positioned itself as the protector of the Christian minority in the region, says the observer with reference to the opinion of Karim Bitar.

According to the author of the article, Moscow has already started to reap the benefits of their participation in anti-terrorist operations in Syria. So, Russia has strengthened its relations with Egypt, Jordan and Persian Gulf countries, and has secured a Central role in the process of finding a political solution for the Syrian crisis.

“Russia and Iran began to work together to protect the region from total collapse”, — quotes the words of the columnist, the Dean of the faculty of world studies at Tehran University, Mohamed Marandi.

Soon other countries will start to hold on to those views on extremism that are close to the positions of Russia and Iran, I’m sure Mohammed Marandi.

However, according to the columnist, citing the political analyst Karim Bitar, the intervention of Moscow and Tehran in the middle East conflict can have unintended consequences for both countries.