MOSCOW, December 23. The statement of a Turkish official, showing awareness of the number of flights of Russian aviation in Syria, can be considered “official recognition” pre-planned operation to destroy the su-24M.

This was stated by the official representative of the Ministry of defense of the Russian Federation Igor Konashenkov.

He recalled that the Turkish media with reference to official representative of the government of the country of Numana Kurtulmus issued a statement, which contains precise data about the number of sorties of the Russian air force in Syria. Thus, according to the representative of the Ministry of defense, Ankara has demonstrated that it receives data on flights that are passed by the Russian military of the United States.

“These words of the Numan Kurtulmus can be considered the official Turkish recognition of the fact pre-planned operation to destroy Syrian in the sky Russian aircraft and the murder of Russian soldiers,” said Konashenkov. 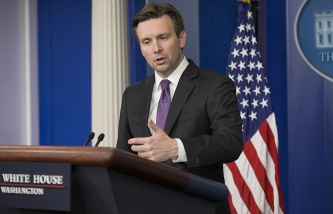 “On November 24, when Turkish fighter treacherously attacked by our missile bomber su-24, the Turkish General staff was well aware of how, at what time and in which area to perform a combat mission a couple of Russian bombers”, he said.

Russian su-24M was shot down by Turkish fighter F-16C on November 24. As a result, one of the pilots died, another was saved. During the operation to evacuate the crew of the bomber was lost a Mi-8 helicopter, a marine was killed a contract. In Ankara stated that the downed aircraft has violated the airspace of Turkey. In the Russian defense Ministry denied these accusations.

A stab in the back

The Russian Federation has long recorded deliveries of crude oil to Turkey from parts of Syria, captured by terrorists, Putin said. “We have long revealed the fact that Turkey is a large amount of petroleum and petroleum products seized by the ISIL (the former abbreviation of the is prohibited in Russia grouping “Islamic state”) territories,” he said. According to him, hence there was “big money fueling gangs”. “Now strikes us in the back, the attacks on our aircraft in the fight against terrorism,” continued Putin. 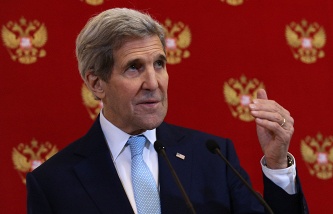 Kerry: U.S. does not have detailed data about shot down Russian su-24

According to him, the attack happened on Turkey, despite the fact that “we with the American partners signed the agreement on prevention of incidents in the air, and Turkey, as you know, among those who have announced that they are supposedly fighting terrorism as part of the American coalition.”

“If they, ISIS, the money – and the account goes on tens, hundreds of millions, maybe billions of dollars – by trading oil, plus they have the protection of armed forces of entire Nations, then it is clear why they behave so boldly and blatantly, why do they kill people in the most horrific ways, why they are committing terrorist acts worldwide, including in the heart of Europe”, – Putin said.