Crimean wineries produce wines of the highest quality, the sanctions can only be explained by the fact that the U.S. wants to get rid of competitors, said the General Director of “Massandra” Yanina Pavlenko. 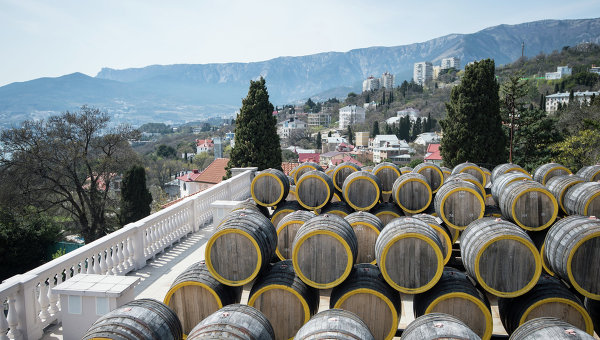 SIMFEROPOL, 22 Dec. US sanctions against three Crimean wineries can only be explained by the attempt to eliminate competitors, produce high quality wine, said the General Director of “Massandra” Yanina Pavlenko.

The US extended sanctions list against Russia, including the Crimean winery “Novy Svet”, “Massandra” and “Magarach”.

“They don’t leave the Crimean wines, probably because we make wines of the highest quality, and they don’t want competition, another explanation for these actions I just don’t have”, — said Pavlenko. According to her, Crimean wineries are not seriously injured, that because of the sanctions lost the opportunity to export their products to Western markets, including the United States. “Always hit the hardest those consumers who loved to drink “Massandra” and bought it in different parts of the world. “Massandra”, probably, as not a single enterprise was the most widely represented around the world,” — said Pavlenko.

She believes that the Crimean wineries got great prospects in the Russian market. “How many sanctions they would do, we’ll be fine. Huge Russian market, the Russian consumer loves our wines and may God give us the strength and ability to provide high-quality Crimean wines all over Russia, and that time will come and America”, — said the CEO.

Pavlenko noted that today the wines of “Massandra” are exported to China, Taiwan, Belarus. However, she stressed that preserved good relations with European winemakers. “Relations have not been interrupted, we continue to talk, they’re sorry that our Breweries are under sanctions,” — said the Director of “Massandra”.

National production-agrarian Association “Massandra” — one of the largest enterprises of Europe and the CIS for growing grapes and producing high quality vintage wines. The Association includes nine plants primary and secondary winemaking and three independent plant. The wine collection consists of up to a million bottles and is listed in the Guinness Book of world records. The production of wines in Crimea began in 1894 by Prince Lev Golitsyn.