System EGAIS should start to apply from 1 January in the wholesale segment, while restaurants and supermarkets are retail, go to system EGAIS they should from 1 July 2016, said Alexander Khloponin. 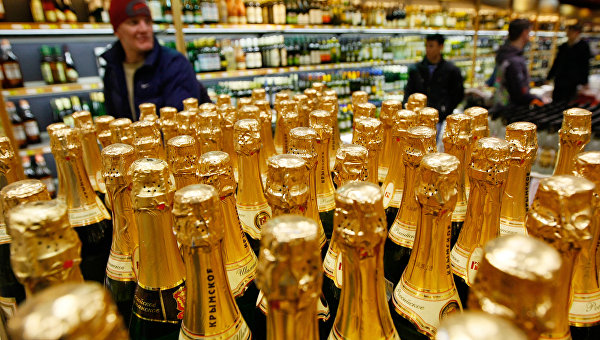 MOSCOW, 23 Dec. The introduction from January 1 of system EGAIS will not lead to the disappearance of alcohol products from the Russian shops and restaurants in the New year, told journalists the Vice-Premier Alexander Khloponin.

Wrote on Tuesday the newspaper “Kommersant” with reference to the letter of “OPORA Russia”, the food absolutely do not want to connect to USAIS, citing a law on state regulation of the alcohol market. According to the law requirements on fixation of retail sales of alcohol do not apply to the accounting for the sale of alcohol in catering. According to a member of the Presidium of “OPORA Russia” Alexey Nebolsin, only in Moscow for use USAIS ready about 10% of cafes and restaurants.

“From January 1 the system enters into the wholesale segment and from July 1, should arrive in retail, these are just restaurants, supermarkets. As for the negative information about the fact that our restaurateurs are not ready for the EGAIS system, in anticipation of the New year on the shelves will not be alcoholic beverages, that’s not true. We work with both restaurateurs and large chain, small, small, shops, today they can go online to apply and ask questions so we assisted in the installation of this system”, — said Khloponin, commenting on the information that restaurants are not ready for the introduction of EGAIS.

“Today, restaurateurs have to work from January 1 to the reception. This means that they are working on Declaration, any difficulties they have, by and large, from the point of view of reception of alcoholic beverages, will not. As early as July 1, 2016 restaurateurs and retailers, especially in large cities, will have to adopt the system of USAIS,” he recalled.

Previously Identified also said that the shortage of alcoholic beverages and mass closure of retail outlets with the introduction of system EGAIS will not.