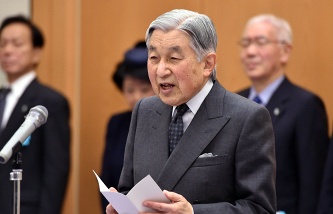 The Emperor of Japan meets 82nd birthday, remembering the victims of the Second world war

“I would like to confirm the interest in developing friendly Russian-Japanese relations and mutually beneficial bilateral cooperation in various areas, – said in the telegram of the President published on the Kremlin website. It is in the fundamental interests of the peoples of our countries, is in line with ensuring peace, security and stability in the Asia-Pacific region.”

Putin congratulated the Emperor on the coming New year, wished health and happiness, and all the Japanese well – being and prosperity.

Emperor Akihito celebrating his 82nd birthday. This day since his accession to the throne in 1989, is celebrated in the country as a national holiday.