The UN, on December 23. /Corr. Oleg Zelenin/. Russia did not support in the UN Security Council resolution on extending the mandate of judges and prosecutors of the International criminal Tribunal for the former Yugoslavia (ICTY), expressing disappointment at yet another delay in proceedings. 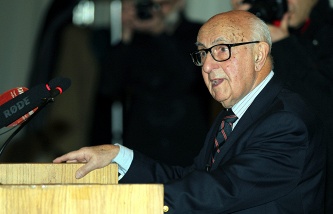 In the vote on the document, the delegation of the Russian Federation abstained, while the other 14 members of the security Council called for its adoption. The resolution provides for the extension of the 17 judges of the Tribunal in the Hague for a period of three to 12 months “or until completion of their assigned cases, if sooner”. Thus, Serge Brammertz re-appointed the Prosecutor of the Tribunal.

The UN security Council requested the ICTY “as soon as possible to complete its work and facilitate the closure of the Tribunal,” and expressed concern “about periodic delays in the completion of the work.” The leadership Tribunal recalled adopted in 2010 resolution 1966, under which he was to complete the production by December 31, 2014. Thus, according to the decision of 2003, the ICTY was supposed to be closed 5 years ago.

Following the vote, the Deputy permanent representative of Russia to the UN Eugene Zagainov explained the reluctance to support the resolution that Moscow considers unsatisfactory situation with the lack of progress in winding up the Tribunal. “Previously, the Council extended involved in the Tribunal judges and Prosecutor provided that the Tribunal will take all possible measures to expedite trials. The desired effect, to our disappointment, this had no effect,” – said the diplomat.

According to him, Russia expects the new leadership of the Tribunal “real acceleration of the remaining production.” “A first good indicator will be unprecedented in its duration is the case of šešelj, the decision on which is expected no later than 3 months,” said zagaynov.

The leader of the Serbian radical party (SRS) Vojislav šešelj was about 12 years old was in custody of the ICTY without a verdict. February 24, 2003, he voluntarily surrendered to the ICTY, who put forward charges against him for inciting ethnic hatred, incitement to crimes against non-Serb population in Croatia, Vojvodina (Serbia), Bosnia and Herzegovina in the period from 1991 to 1993.

During his imprisonment, the health condition of šešelj has seriously deteriorated, and on November 12, 2014, he was released “on humanitarian grounds”, provided in return to the ICTY verdict. Immediately after his return to Serbia, the leader of the PSA, despite illness, engaged in active political activity and declared that voluntarily to the Hague will not return.