MOSCOW, December 23. Accusations against former Yukos CEO Mikhail Khodorkovsky are not related to the fact that it claims to represent a political threat, and with the investigation of purely criminal offence.

This was brought to the attention of the President’s press Secretary Dmitry Peskov, commenting on the request of journalists the words of Khodorkovsky, who believes that the Russian authorities see it as a political and economic threat. 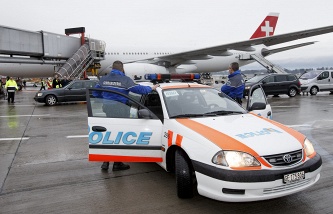 According to Peskov, it is not about “fear of Putin”, and “about the charges (Khodorkovsky) of involvement in a criminal offence”.

“The charges pending our investigating authorities, this time not related to the economy. They relate to the participation in murder,” reminded Sands. “I mean, this is pure criminality,” concluded the representative of the Kremlin.

Earlier, former head of Yukos declared that is innocent of the murder of Nefteyugansk mayor Vladimir Petukhov in 1998. 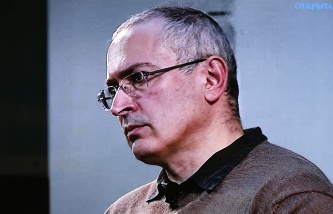 “For the murder of Petukhov information more than enough in the public domain. I will say briefly: the murder was solved in the same year in which it was committed. The executors were found, they were arrested, then they were released and killed,” said Khodorkovsky, noting that there were several versions.

“Fake binding employees of YUKOS (the murder) arose only in 2003, after my speech about the corruption,” said Khodorkovsky, saying that the charges were falsified.

Khodorkovsky said that will not come on interrogation in SK and does not intend to participate in investigative actions. “Over the past years to predict what our government is meaningless. I can say one thing, I will not participate in this show,” said Khodorkovsky.

The murder of the mayor of Nefteyugansk

Vladimir Petukhov was killed in the morning of 26 June 1998, when going to work. Two unidentified men shot the mayor and his bodyguard, the official was killed and a guard injured. The death of the mayor was preceded by a conflict with a township-forming enterprise of YUKOS. The mayor has accused the company that it does not pay taxes to the local budget, which the city started the irregular payment of wages and public services. 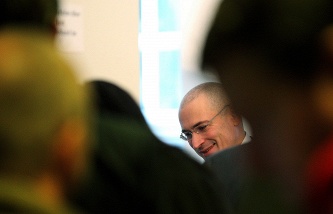 In June 1998, the mayor announced a hunger strike, demanding to initiate criminal proceedings against Yukos executives. The Petukhov stopped hunger strike after the promises of the Governor of the Khanty-Mansiysk Autonomous Okrug Alexander Filipenko to verify the information and to take action. A few days later, Petukhov was killed. The murder occurred on the day of Khodorkovsky’s birthday.

For murder was sentenced the former head of security service of Yukos Alexey Pitchugin. 6 August 2007 the Moscow city court sentenced him to life imprisonment for organizing three murders and four attempted murders, including the murder of the mayor of Nefteyugansk. 1 August 2008 the Moscow city court in absentia process recognized by the former co-owner of Yukos Leonid Nevzlin guilty of organizing several murders and assassinations, including the mayor of Nefteyugansk, and sentenced to life imprisonment. Nevzlin lives in Israel where has obtained citizenship.