On Wednesday the head of administration of Nizhny Novgorod was chosen from among candidates presented by the competitive Commission by results of competition. In the end, the city Manager of the city became Sergei Belov, previously head of Prioksky district of the regional center. 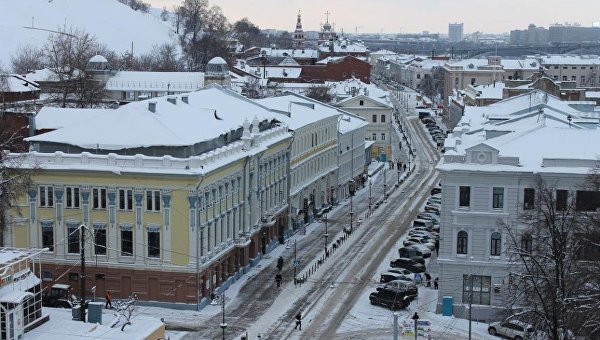 NIZHNY NOVGOROD, 23 Dec –. Deputies of the Duma of Nizhni Novgorod have voted for appointment to the post of city Manager of the city of Sergey Belov, at the moment head of Prioksky district of the regional center.

The city Duma of the previous convocation in July of this year has tried to terminate the powers of the chief of city administration Oleg Kondrashov. However, he went on sick leave and was not fired. The term of office of the city Manager expire simultaneously with the powers of the city Duma, elections to which were held in September. In the end, Kondrashov was dismissed in October due to the expiration of the term of the contract. With July as the head of the administration fulfilled the first Deputy Kondrashov — Andrei Chertkov.

Deputies of the city Duma of the new convocation at the first session on October 7 amended the order of competition for the position of head of the city administration and appointed him on 3 November. But the competition was not held because of the regional and city Prosecutor’s office appealed to court with claims about a recognition illegal decisions on amendments and appointment of members of the Commission.

On Wednesday the head of administration of Nizhny Novgorod was chosen from among candidates presented by the competitive Commission by results of competition. The Board recommended that Anton Averin (former Deputy Governor of the Nizhny Novgorod region), Sergey Belov (head of Prioksky district of the city), Yuri Garanin (Director General of MUNICIPAL enterprise “Directorate for construction and repair of underground, bridges and road networks”), Sergey Mironov (Deputy head of the city administration) and Vladimir Soldatenkov (the head of Avtozavodsky district)”.

During the presentation of applicants of their programs of development of the city’s two – Garanin and Soldatenkov said about withdrawing their candidatures from the election. As a result the Bulletin remained three candidates.

As stated at the meeting of Deputy Governor Roman Antonov, you need to choose someone who will not engage in politics, and “will be the main Sewerage, the roads, the landscaping”. “While we are the only territory of the Russian Federation, which chose the city Manager,” said he.

“The votes were as follows: Averin – 17, Belov – 30, Mironov – 0. As a result of the secret ballot Belov Sergey Viktorovich is appointed head of administration of Nizhny Novgorod”, — reported the results of voting, the head of the audit Commission Alex Goikhman.