The law on the suspension of the Treaty on free trade zone with Ukraine was passed by the Parliament on December 22. The suspension of a contract will protect the Russian economy from the damage that could be 3.5 million dollars. 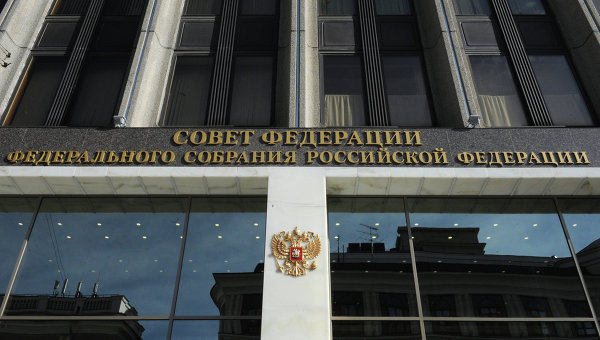 MOSCOW, 23 Dec. The international Committee of the Federation Council at session on Wednesday recommended that the house approve the law on the suspension of the Treaty on the free trade area (FTA) with Ukraine. The law was adopted in connection with the economic part of the Association agreement between Ukraine and the EU.

On Tuesday, the state Duma adopted the law on the suspension from January 1, 2016 actions concluded within the CIS Treaty on free trade area (FTA) with Ukraine. The document was submitted for consideration the lower chamber by President Vladimir Putin, who had previously signed the corresponding decree, which actually means the introduction of Ukraine duties on most favoured nation treatment. Senators will consider the document at a meeting of the chamber on December 25.

In accompanying documents it is noted that in connection with the application from 1 January 2016 the trade and economic section of the Association agreement between Ukraine and the European Union, “has been a fundamental change of circumstances which were significant for Russia in the Contract”.

Indicates that tariff liberalization under the agreement between Ukraine and EU, will cause significant damage to the Russian economy. “In addition, the obligations of Ukraine on trade and economic section of the agreement in conflict with Ukraine’s obligations named in the contract, which provides for, along with duty-free trade commitments on a range of multilateral and bilateral agreements within the CIS”, — stated in the explanatory Memorandum.

Damage to the entrepreneurs of the Russian Federation of associations of the EU and Ukraine in the short term could reach $ 3.5 billion if Russia did not react to the launch of the FTZ, reported earlier, first Deputy Minister of economic development Alexey Likhachev.