Vladimir Putin and Narendra modi plan to discuss key global and regional issues and bilateral relations and cooperation within the UN, BRICS and SCO. 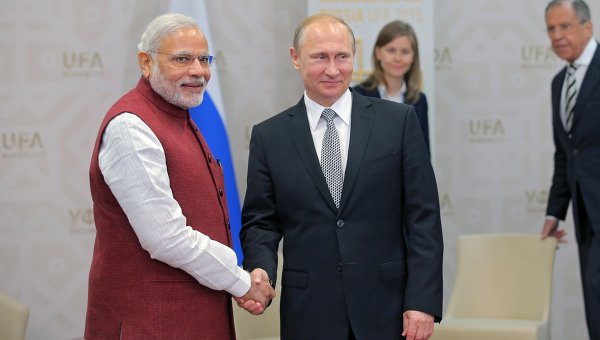 MOSCOW, 23 Dec. The President of Russia Vladimir Putin has begun talks with the Prime Minister of India Narendra modi in the Kremlin.

The two leaders greeted each other with a handshake and entered the negotiations in the format of an informal dinner alone.

As reported, the Kremlin, the leaders plan to discuss key global and regional issues, prospects of cooperation in multilateral organizations, primarily the UN, BRICS and the SCO; it is planned to discuss concrete steps to increase mutual trade.

On the eve of his visit, the head of the Indian government expressed hope that the trip “will deepen the cooperation between Russia and India in economic, energy and security”, he is “optimistic in terms of the outcomes of this visit.”

Experts note that the outcome of the visit will be the signing of new agreements in nuclear energy and defense — have traditionally strong Russian-Indian cooperation. In addition, the summit might bring new agreements with the Indian investors on cooperation in the Russian energy sector and Indian private defence companies are serious in favor of Russian technologies for the production of military equipment in India.