Narendra modi arrived from Delhi to Moscow to participate in the annual Russian-Indian summit. On the eve of the Indian Prime Minister said that he hoped that this trip “will deepen the cooperation between Russia and India in economic, energy and security.” 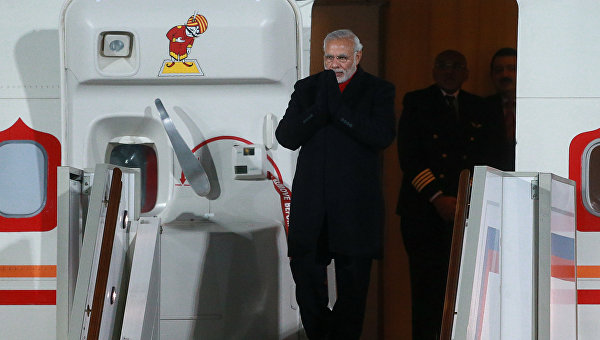 On the eve of his visit, the head of the Indian government expressed hope that the visit will “deepen the cooperation between Russia and India in economic, energy and security.” In comments published on the page in Facebook, he stressed that “optimistic in terms of the outcomes of this visit.”

As previously reported, on Thursday scheduled a bilateral meeting modi with Russian President Vladimir Putin. In addition, in the same day will host a business forum of representatives of major Russian and Indian companies, which will also be attended by Putin and modi. Also Indian Prime Minister will hold a meeting with the friends of India in “Expocentre”, and will also visit the Tomb of the Unknown Soldier.

Experts note that the outcome of the visit will be the signing of new agreements in nuclear energy and defense – have traditionally strong Russian-Indian cooperation. In addition, the summit might bring new agreements with the Indian investors on cooperation in the Russian energy sector and private Indian companies operating in the defense sector, is serious in favor of Russian technologies for the production of military equipment in India.