Moscow and Tehran also agreed to establish a working group on veterinary and phytosanitary issues within the framework of the Subcommission on agriculture for rapid solution of topical issues of cooperation in the field of veterinary surveillance. 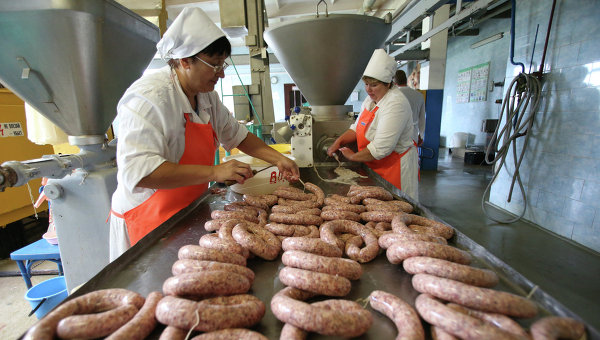 “Iranian veterinary organization will provide the right supplies to the Iranian market beef, poultry meat and by-products from Russian enterprises “Bryansk broiler” and “Bryansk meat company” after the completion of the final stage of the evaluation system of veterinary control”, — stated in the message.

So, inspectors of Iranian veterinary organization from 18 January 2016 will hold the final stage of evaluation of a control system for the production of the specified products used in the Russian Federation. After completing this work, the Iranian party will provide the Rosselkhoznadzor with its opinion.

In addition, at the request of Iran, the Russian authority will consider the possibility of including enterprises producing poultry meat in the register of enterprises of third countries on the basis of guarantees provided by the Iranian itorganizations. The Iranian side also reiterated that the Russian animal products may be carried in transit through its territory to third countries accompanied by veterinary certificates issued by the Rosselkhoznadzor. The transit to resolve the Iranian veterinary organization, issued pursuant to the request of the cargo owner.

In addition, the Iranian side expressed interest in the production and trade with Russia veterinary drugs and animal vaccines. In this regard, Dankvert has invited Iranian experts in the Rosselkhoznadzor subordinate Federal research institutes to discuss the delivery to Iran of vaccines and veterinary drugs in Russia and further cooperation on joint production of vaccines, primarily against FMD.

During the negotiations the parties also agreed to establish a working group on veterinary and phytosanitary issues within the framework of the sub-Commission on agriculture, which will contribute to further strengthening cooperation and understanding between the competent services of Russia and Iran, as well as the quick resolution of topical issues of cooperation in the field of veterinary surveillance. The first working group meeting will be held in February 2016 in Moscow.