In the long term U.S. sanctions against Crimean winemakers can limit the possibility of modernization of production, noted the business Ombudsman, the President of the Council of the Union of winegrowers and winemakers of the Russian Federation Boris Titov. 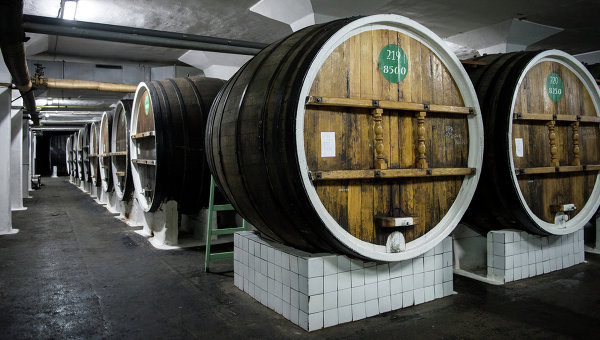 MOSCOW, 23 Dec. US sanctions against Crimean winemakers can limit the possibility of modernization of production in the long term, and the current position of the companies affected, told business Ombudsman, Chairman of the Board of the Union of winegrowers and winemakers of the Russian Federation Boris Titov.

On Tuesday, the US extended sanctions list against Russia, including, in particular, the Crimean winery “Novy Svet”, “Massandra” and “Magarach”. Just a list of 34 individuals and legal entities. Got there a number of subsidiaries of the largest Russian banks — Sberbank and VTB, the structure of Rostec.

According to Titov, the Crimean wine-making company in need of modernisation, it needs imported equipment, and the supply of Russian is very limited. “Russian equipment is very limited. We even stainless steel is not enough. In Russia there are several companies that make stainless steel tanks. But, of course, until we (predominates) the offer of imported equipment,” — said Titov.

He previously stated that new U.S. sanctions will not affect the company “Kickback” and “New world” and “Massandra” will be affected slightly, since they “focused” on the domestic market. “If what that impact will be, it is a matter of the future,” he said.

“”Massandra” has its own difficulties that are associated with the reconstruction. Now there began planting new vineyards, but it’s still a limited base. And some of the equipment purchased. But in General, “Massandra” requires major reconstruction and, most importantly, improve the technology,” said Titov.

“New light” also requires major reconstruction. I admire the skill of the winemakers of the “New world”, which in such circumstances can make such a wine… All equipment is in poor condition… But in Crimea it is quite a big question… In terms of fruit base, they at least ensured,” he added.