United Russia will be the only party that will run in the elections to the state Duma in 2016 with the right agenda. Non-parliamentary right-wing parties, in particular the PARNASSUS, lost their unique agenda, said the first Deputy head of the Kremlin administration Vyacheslav Volodin. 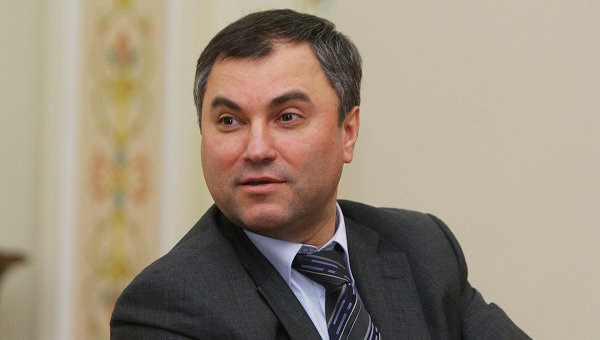 MOSCOW, 23 Dec. United Russia will be the only party with right agenda in the Duma elections in 2016, and the non-parliamentary right-wing parties, such as PARNAS, has lost a unique agenda and may try unconventional methods of fighting, said the first Deputy head of the Kremlin administration Vyacheslav Volodin.

“The only party that will go with the right agenda, will be “United Russia”. The choice of liberals, but of representatives of “United Russia” is unlikely,” — said Volodin in the second practical conference of professional organizers of election campaigns, organized by the Foundation for civil society development.

As for non-parliamentary right-wing parties, such as PARNAS, now the agenda with which they originally came — the theme of justice, fight against corruption, present in all parties, he said.

“Therefore, most likely, there will be no competition, and PARNASSUS will not go there, in this agenda, they will try to fight for power outside of classic guidelines and definitions. These liberals are able to offer solutions that close and no liberal would not support,” says Volodin.