Also in these regions one of the highest trust ratings for the President, said the first Deputy head of the Kremlin administration. 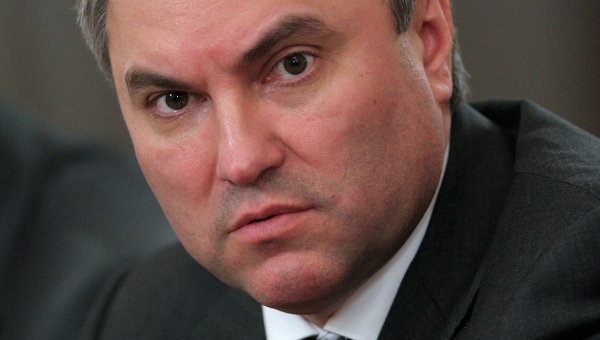 MOSCOW, 23 Dec. United Russia enjoys a more active support of the population in the Crimea and Sevastopol, where one of the highest ratings of the President, said the first Deputy head of the Kremlin administration Vyacheslav Volodin.

“Crimea and Sevastopol for “United Russia” — the area where people are more actively supporting the “United Russia”, and this is the area where one of the highest ratings of trust to the President”, — said Volodin practical conference for professional organizers of election campaigns, organized by the Foundation for civil society development.