The device from Philips EnergyUp is suitable for those who are trying to maintain the level of energy and vitality at any time of the year, and will be a great help in their efforts to lead an active lifestyle, along with sports and balanced nutrition.1 / 3 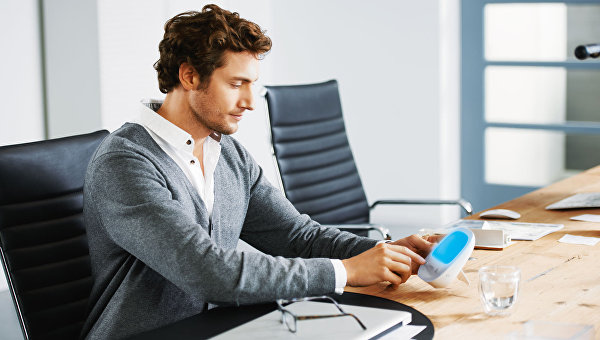 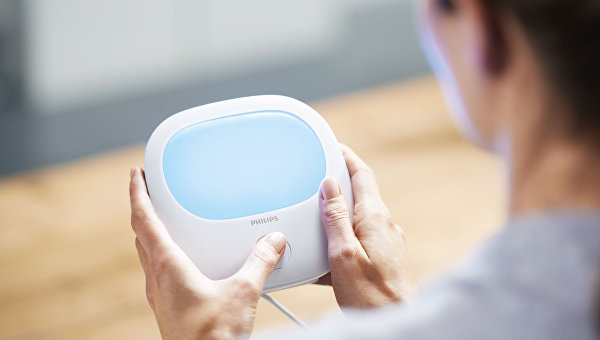 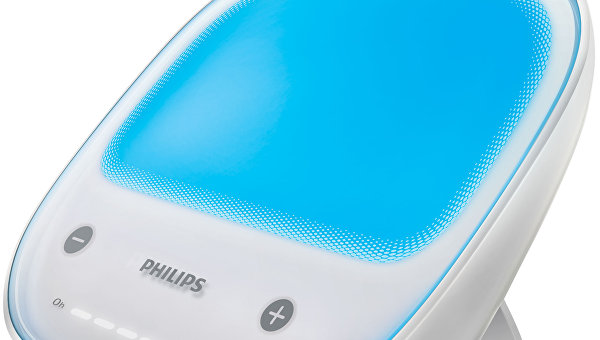 December, the darkest time of the year. The sunsets late and it gets dark so early that I don’t have time to look around. I — “lark” in the morning ready to “move mountains”, but in the evening, after 16.00, when December day blends into the night, begin to literally fall asleep on the job.

I already used that winter in our latitudes is conducive to hibernation, and with the onset of dreary pores, just preparing for the endless gray skies, wind, cold, and very short, literally invisible, the light day.

Light is the source of vitality

Everyone knows that we live according to our biological clock, our health and mood depend on many factors, including the time of year. In the winter time in the conditions of lack of sunlight, we quickly tired, feel lack of energy, losing the tone and concentration experienced drowsiness and apathy.

Light is also necessary for full existence, like sleep, physical activity and a balanced diet.

If you look at data on the number of Sunny days in burning latitudes, it is obvious that lack of sunlight during the year, which is the source of vitality and vitality.

To restore activity during the working day, most of which is spent in the office under artificial lighting, we partly help all known stimulants.

But in the struggle for a cheerful mood, not all means are good: coffee and sweets in large quantities is harmful, and the effect of their frequent use short term: of vigor quickly followed by prostration, which has a negative impact on the body.

Philips undertook the solution of this problem, and in my hands were graceful lamp EnergyUp which I had to work for two weeks, evaluating its effectiveness.

According to the description, along with the device Philips EnergyUp you get your own source of energy, from which you can recharge at any time, at home, in the office, on a trip, when you change time zones.

The principle of the device is directly related to the influence of light on our body and, consequently, the level of activity.

The division of the human brain, responsible for circadian rhythms, regulates the activity of the body through signals about changes in the light regime, which is passed to it from the retina. That’s why we sleep during the day and are awake at night.

Blue light, the underlying efficiency of the device, acts on the photoreceptors, the body catches the appropriate signals and is configured to vigorous and active way.

The effectiveness of blue light is clinically confirmed, note Philips. After all, looking at a cloudless blue sky on a Sunny day, we get a burst of energy, our vitality increases and mood improves.

However, the appliance complies with international safety standard, and there are no harmful to eyes and skin ultraviolet rays.

According to the description, to obtain the result it is enough to use EnergyUp only 20-30 minutes a day for two weeks, and the effect accumulates.

The use of the device individually: if you are “early bird”, you’ll like the evening sessions, if “owl” — morning, and in the case of energy dips during the day — during hours of lower activity.

Turn on the lamp for the first time, I appreciated the simplicity and ease of use: it took just to turn the device on and adjust the intensity of the blue light to a comfortable level for me. Also, the lamp has a time indicator of the action of looking at which you can monitor sessions.

Complete with Philips EnergyUp has a convenient case for carrying the device: the lamp is safely got to the office, pomadas easily in a handbag.

Charger capture we had one fully charged was enough for a few half-inclusions.

I used the device most often at work, reduction in hours of creative energy and health — at about 16: 00, daily.

The first reaction of colleagues was genuine interest: what is this nice thing, why Shine a blue light, and how it works.

It should be noted that even skeptical colleagues interested in the device, determined to observe the testing process.

Someone even asked the question, and the action of “magic” lamp extends to those who are nearby, or instrument is valid only for the one who sits directly in front of him?

According to the manual, the instrument must be in user’s sight, at arm’s length from the eyes.

Thus, it is not necessary to look intently at the blue lamp, it is sufficient that the light falls on the face.

During the session you can read, work on the computer, eat — in General, do their business, without departing from the lamp.

In the evenings I clicked on the “bulb” of the house, and she quite liked the household. In the kitchen, where I often while away the evening, it was warm and cozy. Blue light emitted from this device, creating a feeling of calm and improved mood.

To use the most efficient lamps, Philips recommends that you install a special application EnergyUp Ap for your smartphone that not only lets you choose the light program, but also to monitor progress.

After selecting a programme, the app will suggest the optimal time for conducting sessions of light therapy and can remind the user about them.

It is also interesting that the service will allow you to track the result: you will be offered tests that determine how changing the concentration of your attention, activity and performance with regular use EnergyUp App.

Learn more about the impact of light on brain and human body will help the library provided by the application, and in the section “frequently asked questions” you will tell whether you can get a tan using the EnergyUp.

According to research referenced by Philips, 70 % of people who have used the device EnergyUp, noted its effectiveness (conducted in the UK in 2011 by Bzz Agent company, the study involved 823 people).

84 % stated about the progress of the fight the winter Blues (the study was conducted in the Netherlands in 2011 by MetrixLab company, the study involved 229 people).

I used EnergyUp regularly for two weeks, and concluded that “blue light” helps to fight drowsiness and to prolong performance.

When I was in my office, I turned on the light in the crepuscular period, and worked about half an hour in the company of “the blue lamp”.

During this period I wrote articles and engaged in “routine”, but feel how much easier it is working, although initially chalked it up to a good day.

During these 14 days it happened that I had to stay at the computer until late, finishing urgent work. The appliance literally “woke up”, giving several more hours of productive work.

But in the morning the lamp is not handy to me: in my case this is the time when I’m at the peak of the tone and activity. Overall, just one appearance of the lamp enhances the mood, and the soft blue light calms and soothes.

In my opinion, EnergyUp is suitable for those who are trying to maintain the level of energy and vitality at any time of the year, and will be a great help in their efforts to lead an active lifestyle, along with sports and balanced nutrition.