Crimea returned to their historic homeland once and for all, said the head of the Republic. He expressed confidence that time will pass, and the opposition will have to travel to the Schengen zone for Russian passports. 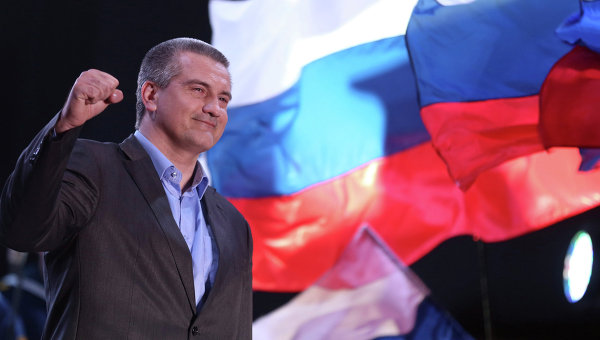 SIMFEROPOL, 24 Dec. The head of the Crimea Sergey Aksenov advised the President of Ukraine Petro Poroshenko not to dream about the return of the Peninsula and not to build any at this account strategies, as Crimeans made their choice to reunite with Russia.

Previously Poroshenko has expressed confidence that a visa-free regime with the EU for Ukraine will start in 2016, which is one of the strategies the return of Donbass, as well as “one of the first” the return of the Crimea.

“That is nonsense, probably dream some of Mr. Poroshenko. Crimea never in Ukraine will not return. He returned to their historic homeland once and for all,” said Aksenov on the TV channel NTV.

The head of the Crimea is sure that time will pass, and the opposition will have to travel to the Schengen zone for Russian passports.

“We need, that was a period that the power changed in Ukraine and in Western countries, which are destructive to the Russian Federation. I think that this period will come fast enough”, — said Aksenov.