SIMFEROPOL, December 24. Statements about the oppression of the Crimean Tatars are “a lie”, said the head of the Crimea Sergey Aksenov.

“A pack of lies. Speculation of some figures, which never in the Crimea”, – said Aksenov on the TV channel NTV.

The head of Crimea stated that it has come to the Peninsula for foreign journalists to conduct an “experiment” and go with them to the Crimean Tatar village, to hear what the locals say, with the assurance that in the future news item will not be distorted by journalists. 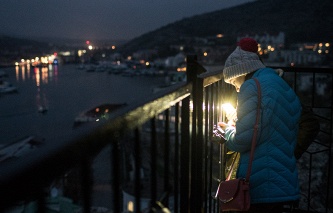 Crimean authorities proposed to amend 56 laws of the Federal

“But so far no one experiment did not agree. They understand that in this case, even if people have an irritation of some processes, in General, during the process of returning to their historical Homeland, I believe that we public objection at any meeting shall not see, – said Aksenov. – I’m willing to bet that 9 out of 10 will say that you voted correctly, and even if you had to vote 100 times to do it.”

In October, U.S. Secretary of state John Kerry has presented in Washington the state Department report on freedom of religion, stating that after the reunification of the Crimea with Russia on the Peninsula were marked by repeated and serious violations of freedom of religion. The paper argues that in 2014, religious minorities in Crimea, including Muslims from among the Crimean Tatars, were subjected to “harassment, intimidation, detention and beatings”.

On the Peninsula hundreds of years together, Muslims (Sunnis), Christians (Orthodox and Catholics), Jews and followers of other creeds.