The Antimonopoly Committee of Ukraine recognized “Gazprom” is a monopolist in the market of services on gas transit through the territory of Ukraine and may be fined, said the Minister Yuriy Terentyev. 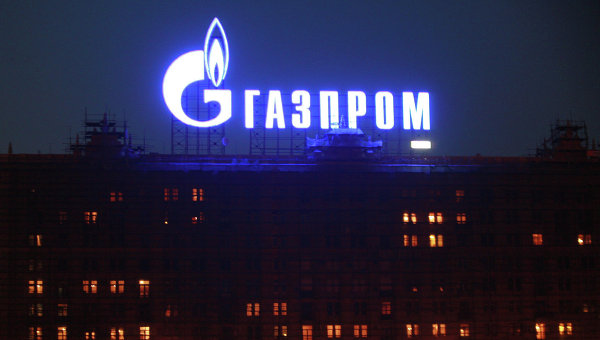 KYIV, 24 Dec. The Antimonopoly Committee of Ukraine in case of recognition of “Gazprom” in abusing a monopoly position in the sphere of transit of gas may fine it more than $ 3 billion, follows from the words of the head of Department Yury Terentyev.

“We expect the amount of the fine in case of abuse of a monopoly position in the amount of 30% of turnover, associated with the violation. I can say that the cost of transit in 2011 was about 3 billion dollars in 2012 and 2.9 in 2013 to 2.8 in 2014 — 1.8 billion. The turnover between “Gazprom” and “Naftogaz” on services of natural gas transit through Ukraine’s pipeline,” said Terentyev at the briefing.

Earlier Thursday, he said the Department acknowledged “Gazprom” is a monopolist in the market of services on gas transit through the territory of Ukraine, and on January 14, will hold the hearing on the possible abuse of this monopoly position, where invited representatives of Russian companies.

“In 2008, a contract was signed on the transit of gas for 2009-2019 years, and one of the key conditions was that the transit was to exceed 100 billion cubic meters of gas (a year — ed.). Accordingly, based on these conditions was established the price of transit, but in fact, during 2009 to 2015, especially since 2011, the transit volumes started to decrease. All references to “Naftogaz” about to “Gazprom” were ignored” — said Terentyev.

“This behavior of “Gazprom”, according to preliminary estimates of the Committee, was possible due to the presence of monopoly dominant position in the market of transit of gas through pipelines as a single monopoly buyer (transit services – ed.). Subject to the availability of competition in this market, Naftogaz would be able to break the contract, which is not actually executed, or to conclude it on favorable terms with another buyer,” said Ukrainian official.